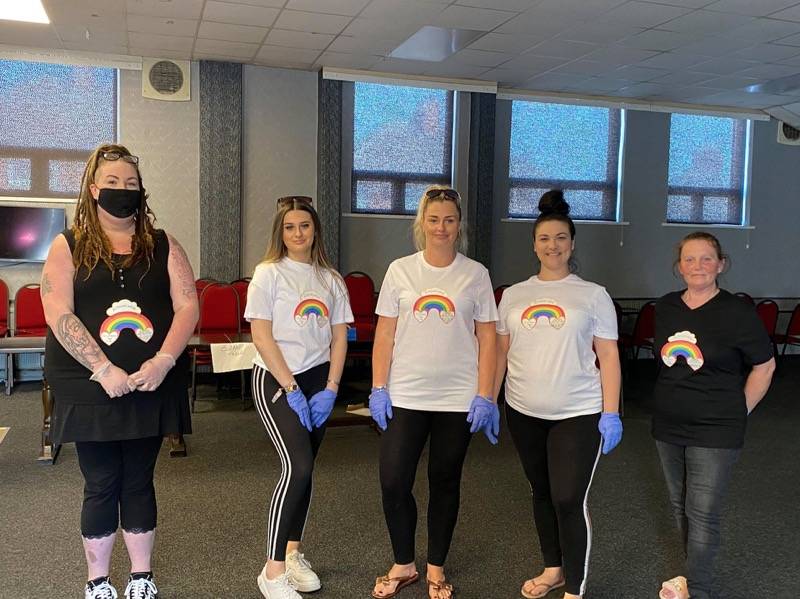 A COMMUNITY group whose members have donated nearly 3,000 pamper packs to people in need across the region has been nominated for a Proud of Barnsley award.

All Scrubbed Up is a community group with over 1,500 members on their Facebook page, with the aim of delivering pamper packs to carers who felt like they needed a pick-me-up.

Emma Day, 36, of Millhouses Street, Hoyland, started the group nearly three months ago after her own business, ‘All Trimmed Up’, saw a decline in orders due to lockdown restrictions.

“We’ve donated nearly 3,000 pamper packs to those who need it, and we’ve branched out from just delivering the care packs to just Barnsley, as we’ve gone all across South Yorkshire, even delivering to Chesterfield.

“Members were posting clothes that they would have otherwise donated to charity or thrown away, and people were bidding on them so we could raise some more money to get the care packs out.”

The group managed to raise nearly £2,000 through their fundraising attempts, and had been using the function room at Junction WMC to create the packs – though this stopped last week.

“Everybody has been absolutely fantastic, and we’re so grateful that we were able to use the WMC club but we’re stopping using that from today which we completely understand,” Emma added.

“I’ll end up delivering to some people on my own once this is all over, and creating them from my bedroom, because people still need the help.

“Once this is all over we’re going to hold a celebration in the WMC to say thank you to everyone because everyone’s been fantastic.”

Upon hearing of her nomination in the community group category, Emma said: “That’s absolutely fantastic, we never thought that it would as big as it is now when we started but we’ve delivered so many now.

“Our original aim was to just deliver 200 care packs and now we’ve donated 3,000 it’s fantastic – I’m so proud of everyone that’s been involved with the group.

“I want to say a big thank you to Jessica Paling, Toni Rothin and Kimberley Peake for all their hard work – as well as all the mechanists who have sewn all the equipment.”