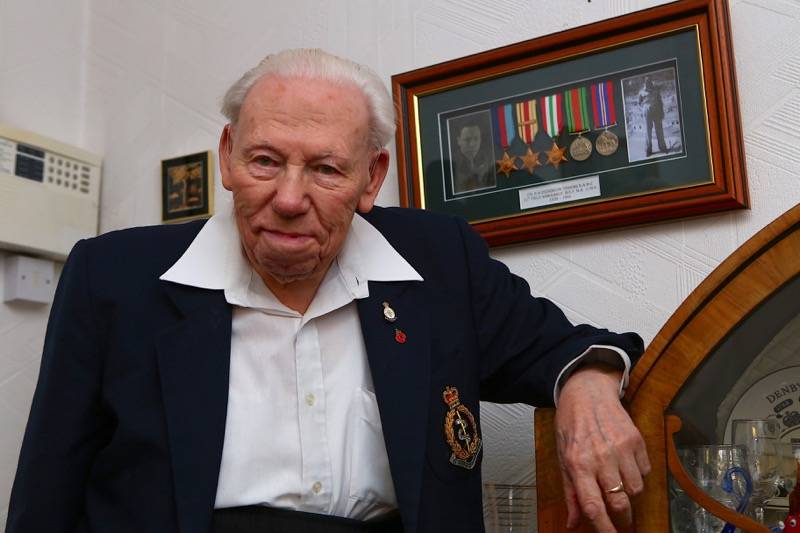 A VETERAN who survived multiple lucky escapes during the Second World War celebrated his 102nd birthday on Friday.

Ron Dickinson served in the Royal Army Medical Corps (RAMC) during the Second World War, in that time seeing service in Dunkirk, Algiers, Tunisia and Italy.

Ron survived friendly fire, narrowly avoided being aboard a sunken ship following the Dunkirk evacuation and escaped the eruption of Mount Vesuvius in an eventful military career.

Ron, of Upper Sheffield Road, had worked for St John Ambulance before the war and was one of the first troops to leave Barnsley in July 1939.

He arrived in Dunkirk and took part in the evacuation, before taking part in the Operation Torch landings in which Allied forces arrived in the French-controlled region of North Africa.

Ron said he had to trek across the ‘unbelievably cold’ Atlas Mountains before a long stay in Tunisia.

After surviving the Dunkirk evacuation – Ron adds he never learnt to swim, but ‘often wished he had’ – another stroke of luck was to come his way.

Set to board the RMS Viceroy of India as it returned from Africa, he missed the departure – on the day the ship was sunk by German torpedoes.

In his later life, he became a member of the Penistone Cinema Organ Trust – and then vice-chairman – and played a part in the restoration of the Compton organ at the Penistone Paramount.

Ron’s son Paul said his family hope they can celebrate the milestone soon, once the lockdown has been lifted.