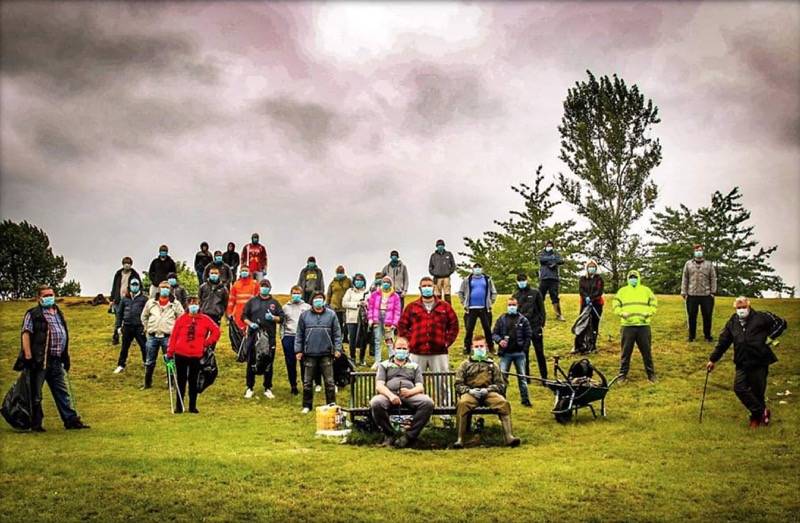 THE Grimethorpe community came together last weekend to clean up the local pond in a bid to create a weekly fishing programme in the area.

Jordan Gray, 26, of Grimethorpe, has been interested in the sport since he was nine, but due to the current state of The Dell’s pond he’s been having to fish elsewhere.

He said: “The pond is completely unusable at the moment so people who want to fish have been having to go all over to get their fix, but there’s a lot of potential for a great fishing spot here.

“We want to make it look nice as well because there’s a lot of people that go for walks in the area, and at the minute it obviously doesn’t look great.

“That’s why I put out a post on Facebook on the local community page asking if people want to help, and so far the response has been great.”

Since the opening of the new fishing shop in the area, the interest in fishing in both the younger and older generation has risen, which is why Jordan wants to start a fishing campaign that would see weekly matches held at The Dell.

On the day, a total of 49 volunteers turned up to help the clean up, and everyone stayed for at least three hours.

“Once the pond is open we’re hoping to hold a fishing programme to hold regular matches for juniors and adults, and because it’s a free pond we’re hoping the support will be great,” added Jordan.

“We had a massive response on the community page and the council even offered to help in the morning.

“It’s great that the community came together to transform the rubbish-filled pond to something brilliant for us all to use.

“We will be doing regular clean-ups at The Dell until it’s ready.”