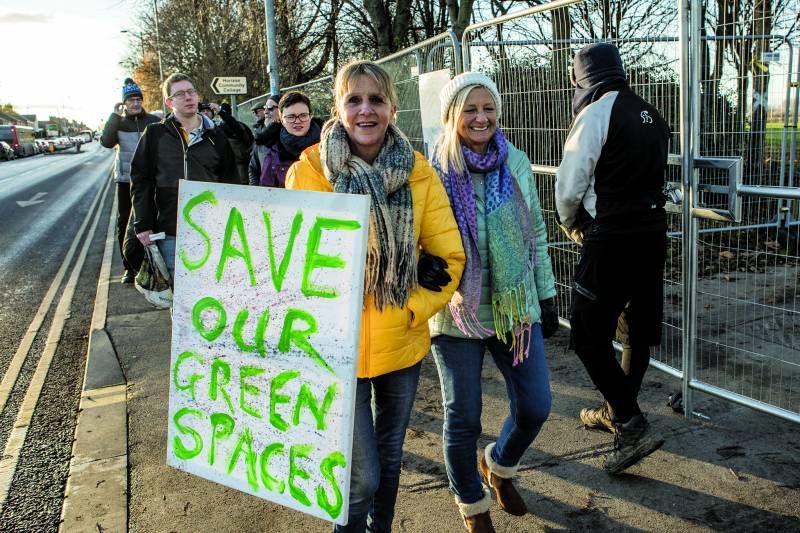 HUNDREDS of residents whose homes surround a controversial new one-way road system have been blighted by dust and noise arising from its construction during lockdown, it has been claimed.

Penny Pie Park’s gyratory has continued to progress in recent months but according to Coun Peter Fielding, who represents the Dodworth ward, planning conditions put in place by Barnsley Council to protect residents from excess dust and noise have been ‘ignored’.

This, he says, has been exacerbated by government guidance which advised people to stay at home and only travel if essential due to the coronavirus outbreak.

“It has come to my attention that the planning conditions put in to protect local residents from noise and dust during the construction process have been ignored,” he told the Chronicle.

“This has resulted in many residents being subject to excessive noise, vibration and dust emissions while having to remain at home during the lockdown period, having to keep windows closed and unable to use their gardens.

“I have been inundated with complaints of both increased noise all day and horrendous levels of dust covering houses, cars and internal surfaces.

“Detailed planning conditions and method statements designed to minimise noise and dust emissions from the construction site were imposed when planning approval for the gyratory was granted but despite these being required by Environmental Health and the planning department, they have not been applied by the project team and the contractor.”

Funding for the £4.3m scheme will be jointly covered by the council, which re-prioritised its highways department’s expenditure programme to enable the work, and Sheffield City Region’s investment fund which has pumped in a total of £2.7m towards the project.

Independent firm AECOM initially revealed 2,082 homes would be affected by increased noise in the short term, with ‘major increases’ to the western extent of Grosvenor Walk and on Broadway at the south-east corner of the junction with Dodworth Road.

However, it’s been claimed this week that workers have exceeded their on-site hours and failed to carry out daily noise and dust monitoring reports, according to residents on Pogmoor Road who told the Chronicle of the conditions.

One, who did not wish to be named, added: “It’d be fine through the day if the world was normal and we were at work, but many residents are either working from home or have been furloughed.

“I know plenty of people who live here and are elderly, too, so they’ve been socially isolating on the government’s advice. However, people haven’t been able to even use their gardens and enjoy the recent weather because of the noise and dust, which have been both horrendous.

“It’s constant. Noise is one thing – they’re building a road so heavy machinery has to be used – but the dust gets everywhere.”