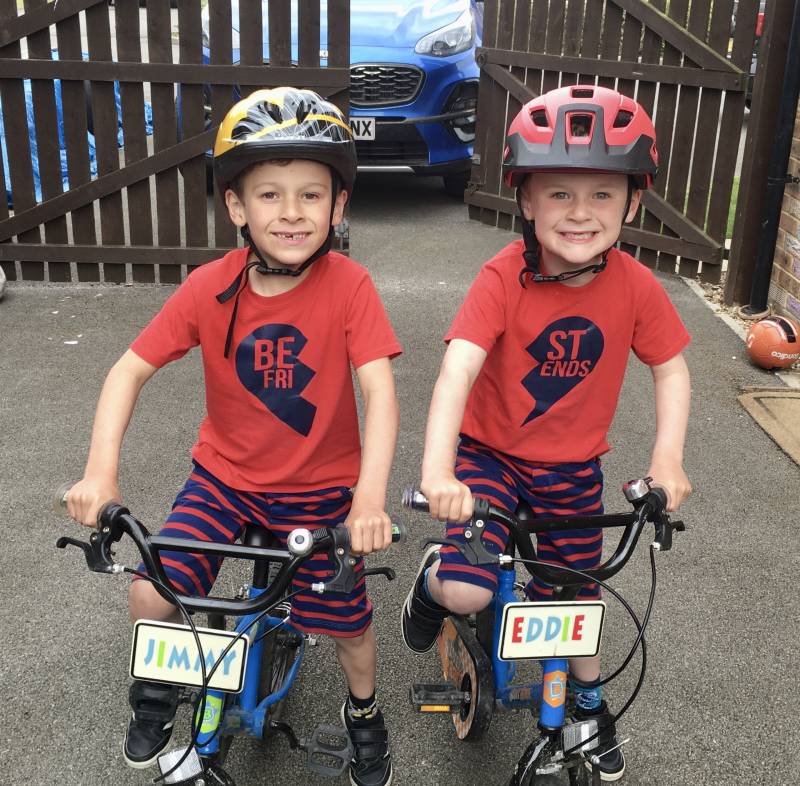 TWO young brothers are taking fundraising the extra mile as they cycle 75 miles to raise awareness of motor neurone disease.

Jimmy and Eddie Beardmore may only be five years old, but they are hoping to cycle 75 miles before the end of May to help raise money for the Motor Neurone Disease Association.

The twins, who live on Kingfisher Drive, Wombwell, are described as ‘very active’ by their mum, Tracy, who created the challenge to help to keep them active during the lockdown.

“We have a couple of friends and family who have the disease,” said Tracy, 50. “I wanted to help them to stay active while we are in lockdown and I thought that cycling 75 miles would help.

“I decided on 75 miles because it was the 75th anniversary of VE Day earlier this month and I thought that would give them a good challenge to complete.”

So far the boys have cycled more than 50 miles, and are on track to complete the 75 miles next week. However Tracy said they will carry on cycling even after they have met their target.

“I think it’d be interesting to see how many miles we can rack up,” added Tracy. “The furthest we have gone in one day is 12 miles but we usually average about six or seven miles.

“They have taken to the challenge really well. There’s only been one day where they have moaned, but it was because we got caught in the rain on the way home. Each day they ask when it’s time to go on their bikes.

“We try and stick to the Trans Pennine Trail because it is quite flat and they only have little bikes but they absolutely love it.”

So far the brothers have raised almost £500 which has been donated to a Just Giving page.

“I’m proud of how much they have raised,” added Tracy. “They have done so well and not complained once, I think this will be the start of their fundraising adventures.”