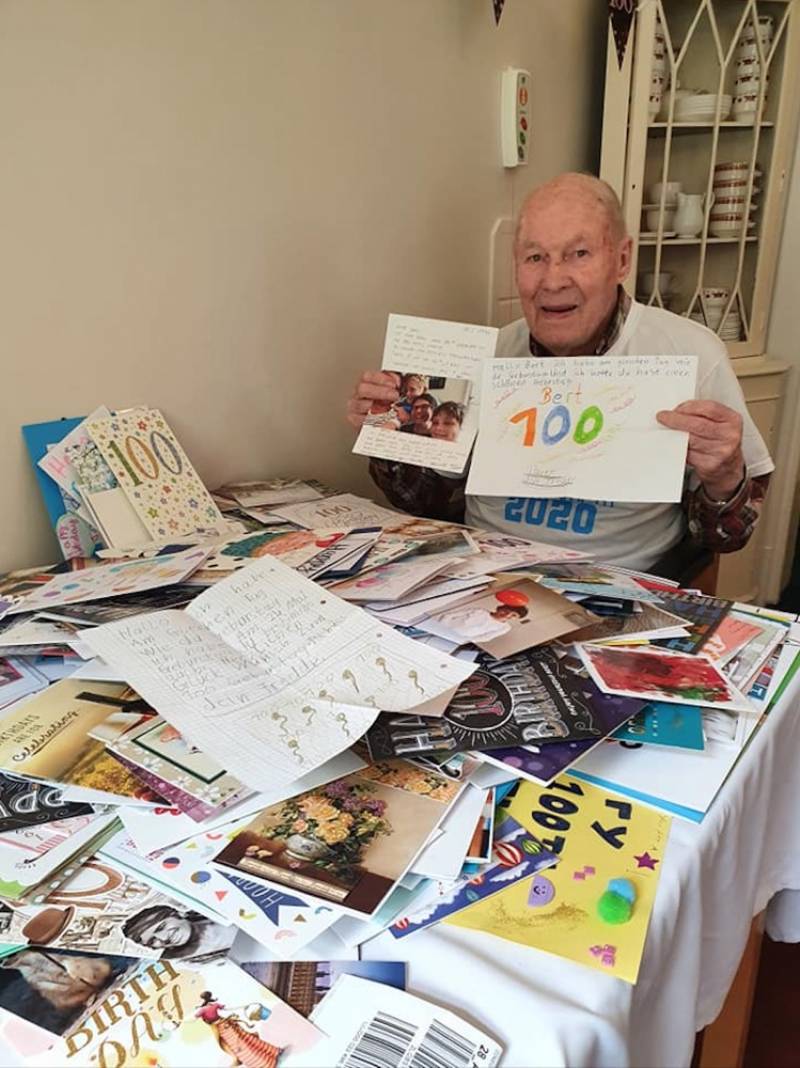 A BARNSLEY man received more than 700 cards in celebration of his 100th birthday last weekend – with well-wishes even coming from the Queen and Prime Minister Boris Johnson.

Bert Vincent, who lives at Eboracum House on Park Grove, turned 100 on May 24, and was overwhelmed with the number of cards he was given following an appeal by the care home.

The manager at the home, Louise Nelson, 46, said: “It was great that we managed to collect the number of cards that we did and they came from all across the globe – from Germany to Australia, and even one from Hong Kong.

“Bert only expected to get ten to 20 cards from his family and friends so he was shocked to see the number of cards that he did get.

“He said that he absolutely loved the whole day and described it as the best day of his life.”

Due to lockdown restrictions it was originally thought that Bert wouldn’t receive a card from the Queen, but he was shocked to find that it did arrive, along with a personal letter from Boris Johnson expressing his gratitude.

As a part of the appeal, the home set up a GoFundMe page, which subsequently raised a total of £1,000.

“The amount of money that was raised was so helpful, we managed to hire a singer for the Christmas party, as well as purchasing a Facebook portal so families are able to regularly chat with their loved ones,” she added.

“On Bert’s birthday his family came to the window in the morning, and his son arrived later in the day which was great because he wasn’t actually expecting to see them – it was a great surprise.

“The morale here is very good at the minute, we’re all doing everything that we possibly can and it’s nice that we’re able to get the residents seeing their families, whether it be through social distancing or online, as much as we do.”