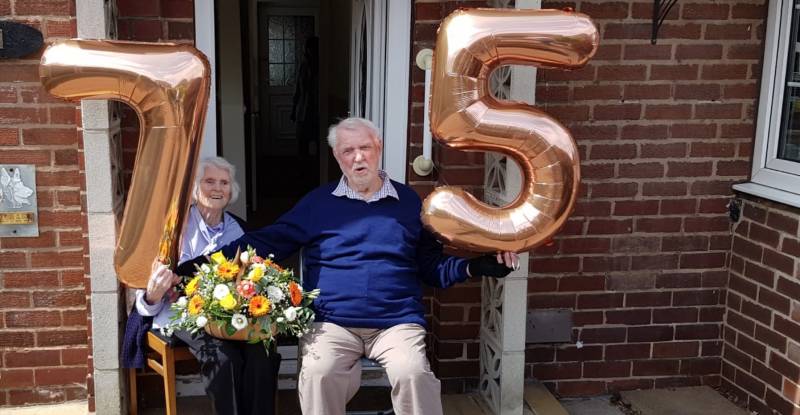 A COUPLE who have been married longer than the Queen and Prince Philip have celebrated another milestone together as they reached their 75th anniversary.

Violet and Clarence Richardson married on May 19, 1945 – less than two weeks after VE Day and more than two years before the monarch and her husband.

The couple met at the Savoy Cinema in Lundwood, where they both worked as projectionists.

They were married at Barnsley’s registry office, Violet aged 18 and Clarence aged 20.

Clarence, 93, later worked at Butterfield and Massies and Darton Council, while Violet, 95, was a cleaner at Carlton and Smithies Ex-Servicemen’s Club.

The couple, of Wingfield Road, Athersley South, have eight children, grandchildren and great-grandchildren.

Due to the lockdown, the couple didn’t receive their customary card from the Queen – but daughter Jan Dawson said they’re ‘keeping their fingers crossed’ they will receive it in the near future.

“It was such a funny day, not being able to hug and kiss them,” added Jan, who visited her parents in their front garden on Tuesday.

“Hopefully the family can celebrate fully, once the Covid-19 pandemic is over.”