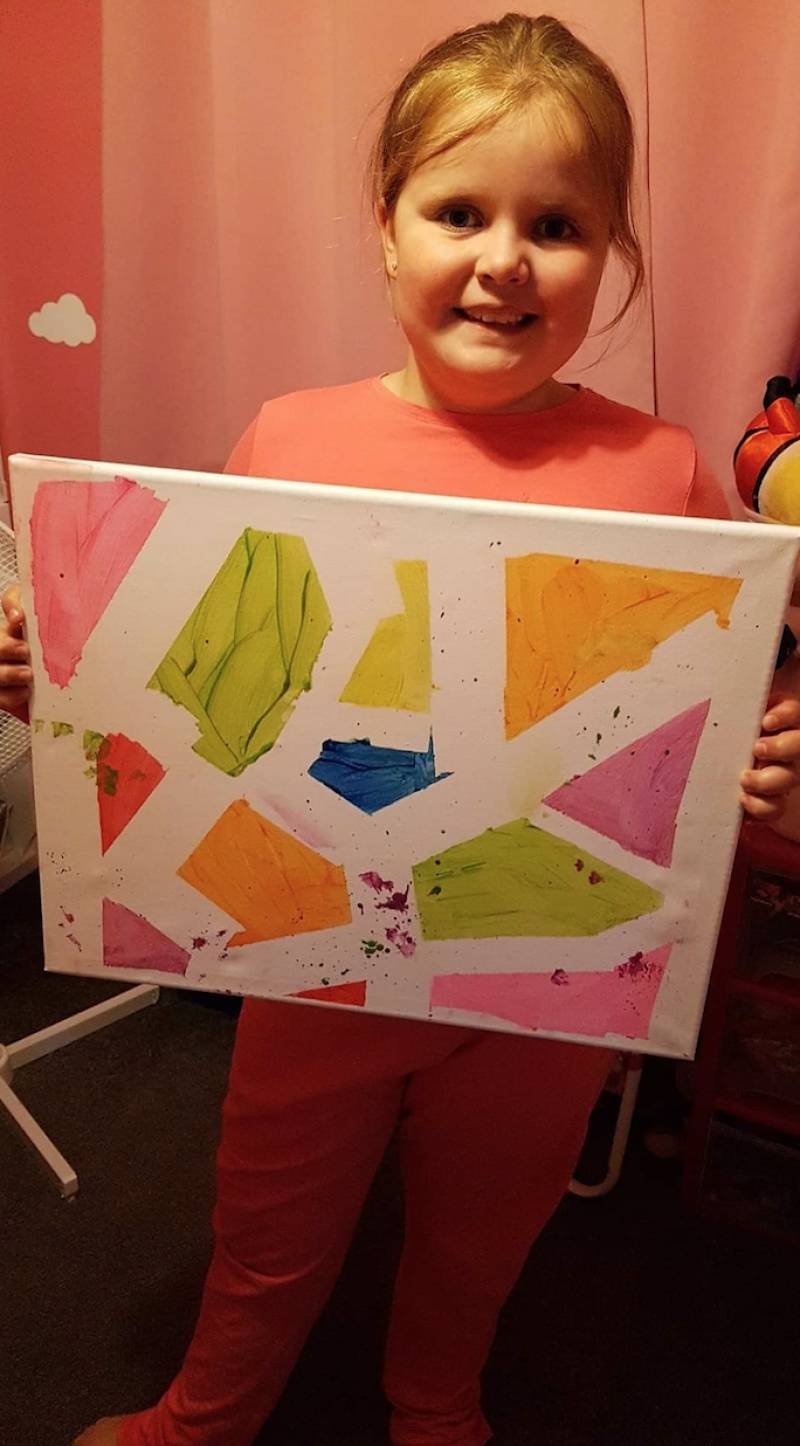 A YOUNGSTER who suffers from anxiety is conquering her fears by selling her painting in a bid to raise money for the NHS.

Evie Mitchell, eight, is a pupil at Worsbrough Common Primary School, has raised £200 for the hospital by selling raffle tickets online for a chance to win her canvas.

Her mum, Kim Mills, 29, of Highstone Park, said: “She painted the canvas off her own back, it’s something she calls ‘creative art’, and she decided that she wanted to raise some money for the NHS after we discussed the situation that we’re currently in.

“She’s a really anxious girl so this was a big thing for her and she kept telling me not to post it as no-one would want to buy it, and that everyone would say it was rubbish.

“She changed her mind four or five times before she eventually let me post it online, and the response we received was absolutely fantastic.”

Evie and her mum started off wanting to raise £50, but within minutes of posting the canvas the pair had already surpassed that figure.

“The raffle tickets were priced at £2 each and we originally aimed to sell 25, but we sold 40 in the first 15 minutes,” Kim added.

“We’ve now sold 100 tickets meaning Evie has raised a total of £200 for the NHS, it’s fair to say that she woke up this morning very happy.

“People have been absolutely fantastic and congratulating Evie for what she’s been doing for such a good cause and the draw will be made later today – I’m so proud of her.”