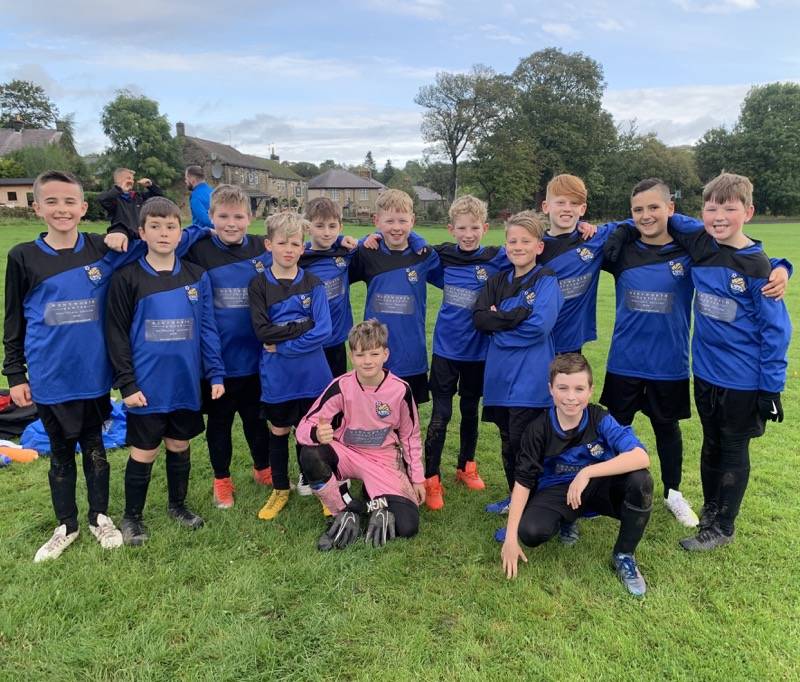 A JUNIOR football team has been nominated for a Young Champions award for their determination and improvement in the junior league.

The Oxspring United Under 11s team has been commended for their improvement in this season’s Barnsley Junior District League following a difficult start.

The team, who struggled in the division early in the season, went on to win one game and draw another – despite the odds stacked against them.

The club, which was started by coach Jenny Sparrow two years ago, has continued to grow in numbers and are now hoping to bring in a second team of the same age to make sure every member can play.

Jenny said: “We’re still a relatively new team after setting up the club by handing out flyers and posters around local schools around two years ago.

“Since getting the first few members to join, it’s just grown every single day and gone from strength to strength.

“The most incredible thing about the team is that it’s not so much about winning every game, even though that’s the goal, it’s about having fun as a team.”

Oxspring United are a team of mixed abilities and skills, as anyone can join the team no matter their football ability or experience.

“We did struggle to win games at the start of the season, but because of the team’s determination and positivity, we have ended up winning and drawing a couple of games.

“They make me incredibly proud. Before we went into lock-down, they would continue every weekend to field the team and play games no matter what the score.

“We just enjoy being part of the league, that much so we are looking to bring a second team in the same age group next season.

“The team and their parents are a credit to us, even when the weather has been bad they have helped to look for alternative venues to put games on.”

The under 11s team has been nominated for Sports Team of the Year at the Young Champions awards.

“I’m so proud that the team have been nominated,” Jenny added.

“I think it’s encouraging as we’re a team that’s not based on ability, there are no trials and anyone can join if they love football.

“It’s testament to the lovely, eager and genuine kids who make up our team and I can’t wait for us to get back on the pitch again.”