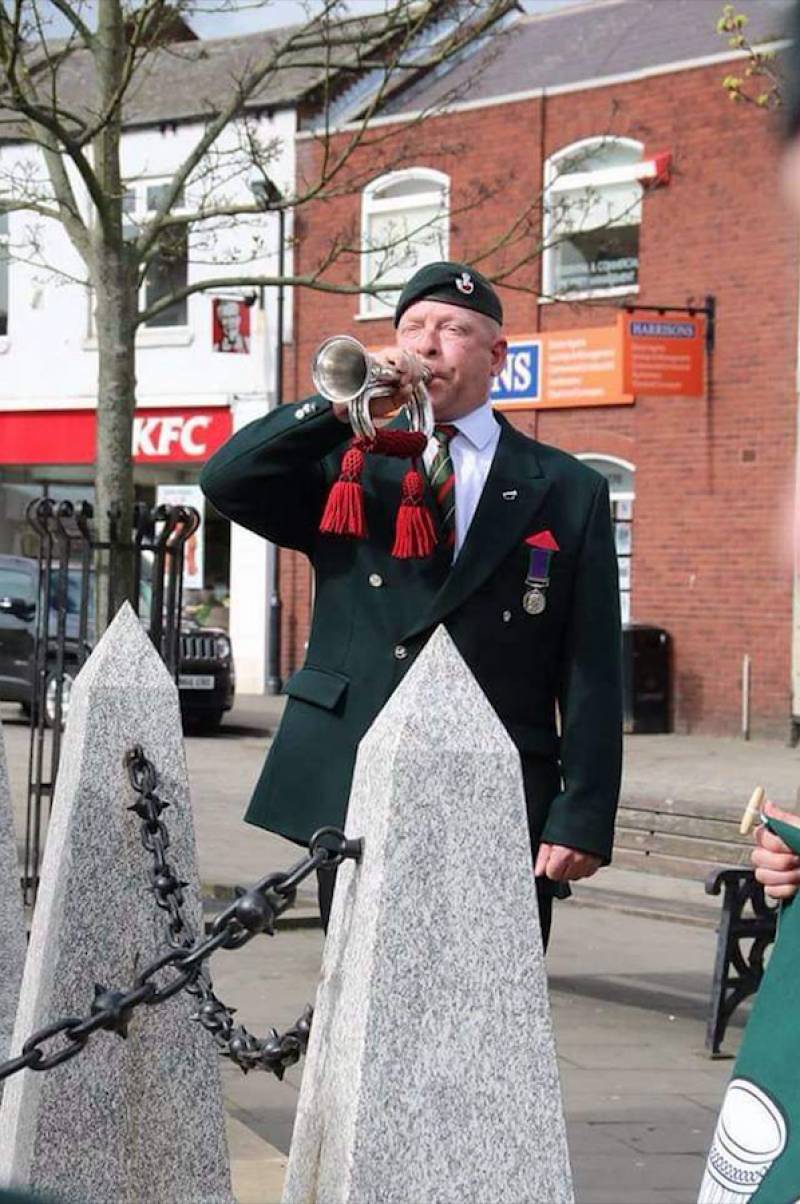 A WAR veteran has been blowing his bugle for the NHS – and raised more than £3,500 in the process for Barnsley Hospital.

Paul Goose, from Cudworth, has been live streaming himself playing the instrument since the lockdown was enforced six weeks ago.

The 53-year-old plays from his back garden every night at 8pm, and twice on a Thursday at 8pm and 8.30pm, to honour victims of coronavirus and frontline workers.

After receiving a huge amount of public support, Paul started his own fundraiser for the intensive care department at Barnsley Hospital, where he raised £3,000 in just four days.

“I’ve been streaming my performances live on Facebook and the comments have been fantastic,” Paul said.

“It’s got to the point where people are sat outside their houses on my street waiting for me to play.

“I never thought I should fundraise as it was only me playing my bugle in my garden, until others encouraged me to start and collect donations.

“I served in the First Battalion in the Light Infantry for ten years and continued to play the bugle throughout that time so it was only natural to get it out again.”

Paul ends his live streams by encouraging his listeners to stay at home and stay safe.

“During the streams I like to give recognition to NHS staff, careworkers, funeral directors, emergency services and I try my best to mention all of the key workers,” he said.

“I want to give a little bit of comfort to people, and I’m hoping it’s making people aware that they need to stay at home.

“I started this to send my thoughts to those who have coronavirus and their families, and I will continue to do my best to keep spirits up.”

Since launching his fundraiser on May 1, Paul has reached his £3,500 goal but has no plans of stopping there.

“The donations have been unbelievable, I only started it this week and we’ve already raised more than £3,000.

“I’ve received a cheque for £100 from Hong Kong, and I’ve had donations from Australia and America – it’s gone worldwide.

“I’ve been overwhelmed by the support and I’m so pleased that the ICU department will be getting these donations at a time like this.

“I’ll continue to do this for as long as people want to me too. All I want to do is bring a smile to people’s faces.”