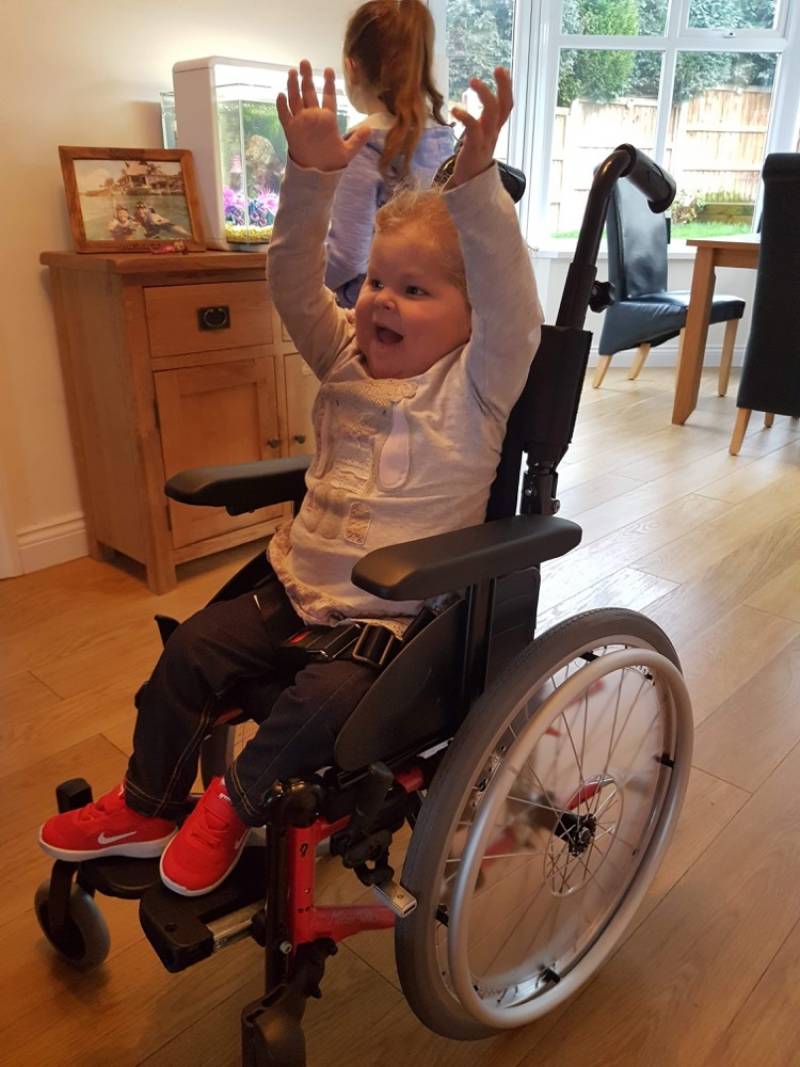 A LITTLE girl who ‘radiated happiness’ despite facing a number of complex medical issues has died aged just four.

Charlotte Newton was born five weeks early on September 7, 2015. From birth doctors discovered that she had kidney problems and had since been diagnosed with kidney and liver disease, microduplication – a genetic disease – and a heart condition called pulmonary stenosis.

Her failing liver and kidneys required her to be on dialysis almost every day, something that never dampened her spirits, said dad John.

“She was the most beautiful little girl,” said John, 39. “She had a lot of medical problems but she woke up each day with a love for life and a smile on her face. She had a lovely little giggle that cheered up everyone and the nurses at the hospital would always comment on how happy she was and how looking after her would brighten their day.”

Charlotte lived at home on Hampole Drive, Thurnscoe, with her parents John and Rachel, and her older sister Emily, seven, who is autistic and deaf.

As a result of her conditions, Charlotte was unable to talk or walk and had been on the organ transplant list since September, awaiting both a liver and kidneys.

“One of my favourite memories was when Charlotte got leg splints,” added John, of Hampole Drive, Thurnscoe. “She was unable to crawl or stand without help and we put the splints on her legs and she stood up for a few moments unassisted. She looked at me as if to say ‘look dad, I’m doing it’ – it makes me smile just thinking about it. I was so proud watching her stand on her own.”

Despite her medical conditions, John added that Charlotte was like any other four-year-old with interests in Disney, super heroes and music.

He added: “She loved Disney films, especially Frozen and Moana. She would happily sit and watch any Disney movie for hours. She also really likes Spiderman and Captain America. I don’t know where that obsession came from but it made her happy so we didn’t mind.

“Her favourite song was ‘Don’t Stop Believing’ by Journey and she would dance along to it whenever it came on the radio.”

Charlotte was also a keen animal lover, and had an interest in tropical fish. John remembers driving round the many garden centres in the borough so that Charlotte could see the different types of fish on display.

“We ended up having to buy some tropical fish at home so that Charlotte could look at them. I think she found them very calming and would sit and watch the fish swim.

“Her favourite colour was yellow so we got yellow fish, we have about 20 of them and when they all swim together it is magical to look at.”

“She radiated happiness,” said John. “I want people to remember how beautiful and happy she was. We are devastated and heartbroken beyond words at her sudden passing. It has completely broke Rachel and I in bits. Her loss has left a gaping hole in our lives, I don’t know how I’m going to live without her.”

A Go Fund Me page has been created in Charlotte’s memory which has since raised more than £1,500. To donate to the page click here.