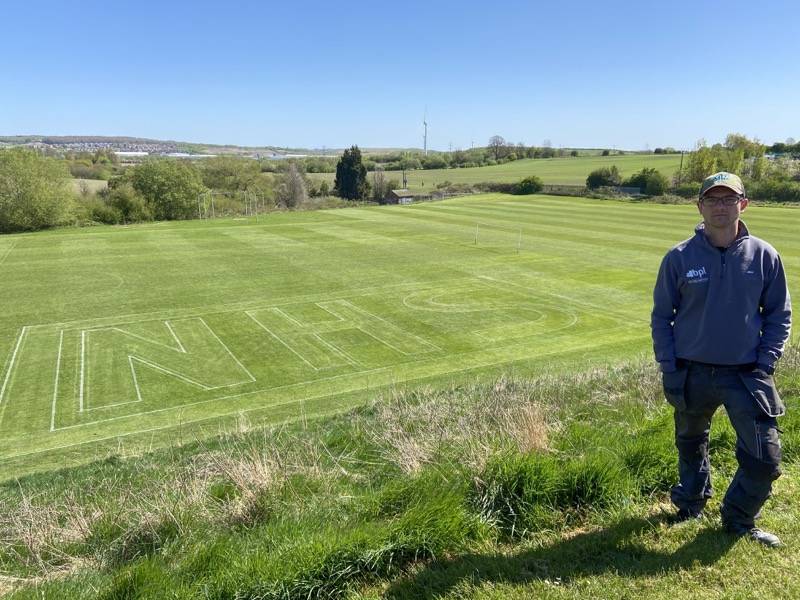 A BARNSLEY man cut the NHS logo into a football field to show his support for frontline workers.

Jake Coefield, 25, of Wombwell, decided on the idea after seeing a farmer on the news create a similar design and put his plan into action at the Dorothy Hyman Stadium in Cudworth.

He told the Chronicle: “There was a bit of a discussion with my family about whether or not I’d be able to replicate it, because it’s a lot more difficult than it looks.

“But I’ve managed to do other creative designs in the past before so I thought that I’d give it a try and it came out quite well.

“It only took me about half an hour to do the original outline, then I painted over it to make it more prominent.”

Jake’s grandfather passed away a few weeks ago, and he saw this as a way to say thank you for all the hard work NHS staff did to help him.

“I just wanted to do something good for the NHS after the support they gave him,” Jake said.

“It put smiles on a lot of faces so that’s a positive as well, the response I’ve received from all my friends and family has been fantastic.

“I can’t believe how quickly it’s blown up, it’s a great way to show support for the NHS staff at the hospital.”