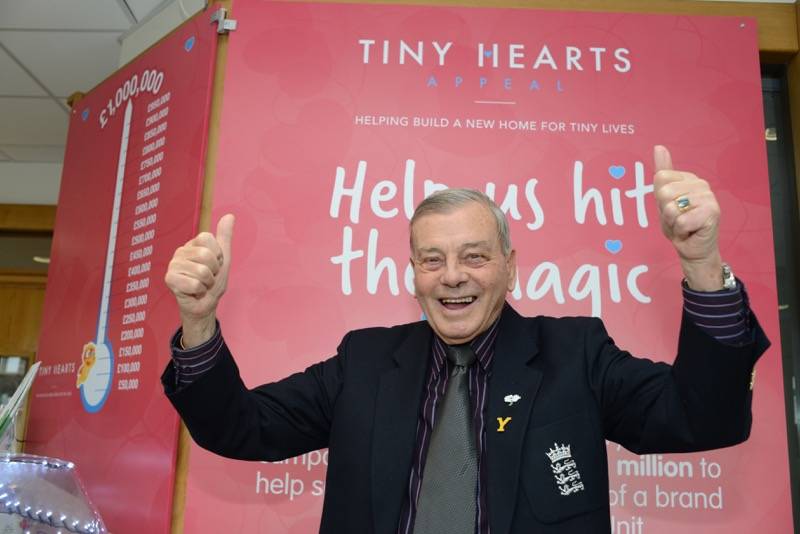 RETIRED cricket umpire Dickie Bird was determined to enjoy his 87th birthday on Sunday despite self-isolating.

The former Yorkshire cricketer, who now lives on Paddock Road in Staincross, has been locked in his home for the past four weeks, yet is still positive about the ordeal.

He said: “I’ve been having to isolate for the past month because when people get to my age it makes them more at risk.

“I’ve still been keeping fit, doing 50 minutes of exercise per day in my bathroom, and then soaking in the sun in my garden.

“The lady at the bottom of my street has been a huge help to me, she’s been delivering food to my doorstep, and the council have also been a great help.”

Dickie, whose fundraising donations for Barnsley Hospital’s Tiny Hearts Appeal surpassed £100,000, is a season ticket holder at Oakwell, as well as an honorary life member of Yorkshire Cricket Club.

“I don’t think there’ll be any more sport until after the summer now which is a real shame,” Dickie said.

“This is probably the worst time I’ve seen since the Second World War, but we have to remain as a community and be positive.”

The world-famous umpire has had an array of birthday cards and wishes from across the globe this past week, from the West Indies to New Zealand, and South Africa to Australia.

“All the cards I have received made me smile, and the phone calls from people checking up on me really help as well,” he added.

“The original plan was to go for a slap-up meal but obviously this can’t happen now because of the lockdown.

“We’ve got to come together as one in this difficult time, and I think that’s what this community is doing.”