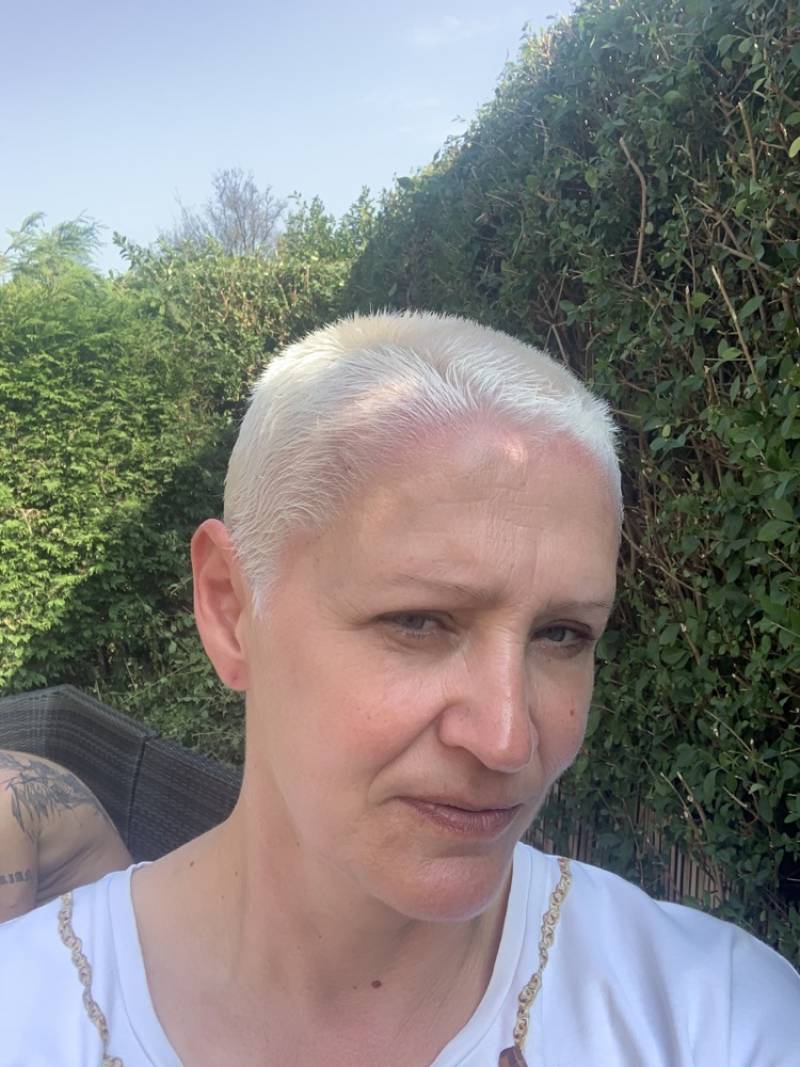 A WOMAN who decided to get a radical new look live on Facebook has raised more than £2,000 for St John Ambulance.

Nicki Shaw, 47, of West Street, Hoyland, took the plunge to shave off her curls – against her hairdresser’s wishes – after her time spent furloughed at home led her to think what she could do to help the fight against coronavirus.

“I was just making a cup of tea, and an advert came up on Alexa for St John’s Ambulance,” she said.

“It resonated with me, because I started to think – they’re on the frontlines the same as NHS staff, at football matches and a never-ending list of public events, but they are a charity.

“They’re struggling like a lot of businesses. They rely on volunteers and donations.

“What would happen in they went under? It’s a massive thing, they’ve been around for more than 100 years.

“I thought I’d see what I can do, and I was in the shower later and the thought came into my head that I could shave all my hair off.”

Nicki, with help from husband Gary, was filmed live on Facebook getting her new trim on Friday.

She was inundated with donations and positive comments.

Nicki, who’s since also dyed her hair blonde, said: “It was a bit weird, I don’t really like having my photo or videos taken.

“People said it came across really well, although I kept starting sentences and not finishing them because I was concentrating too much on what was happening.

“Gary wasn’t meant to be doing it, and then somebody rang in the middle of us doing the video and offered £200 if he did it as well.

“It was a no-brainer really.