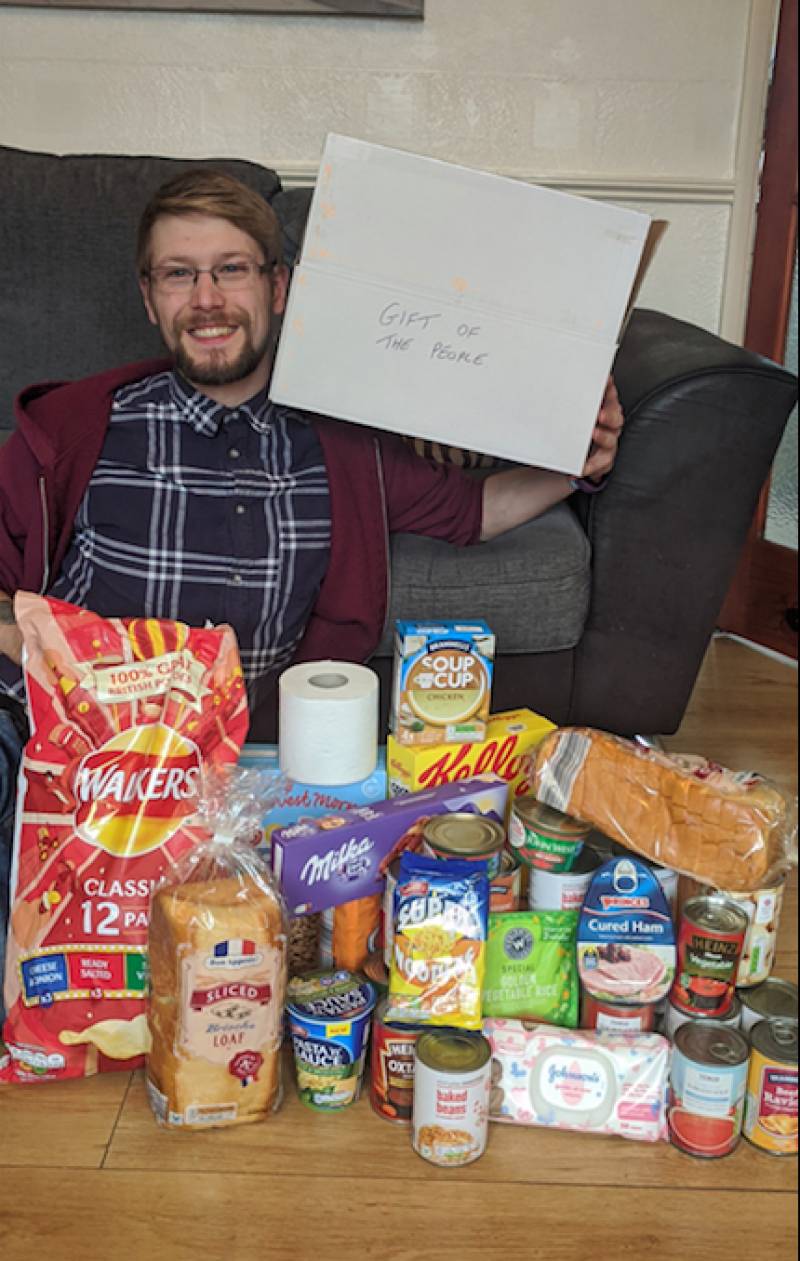 A LOCAL resident has set up a donation network to support those who are most vulnerable in Barnsley.

Alex Forrest, 27, from Birkwood Avenue in Cudworth, began the campaign, ‘The Gift of the People’, last week to help the residents who need it most. He told the Chronicle: “It all started when I was furloughed from my current job, meaning I didn’t really have much to do.

“I noticed that a couple of my friends were struggling, but they didn’t want to make it known, so I brought them some milk and bread, the essentials, to just do my bit. That’s when I found out one of them was unable to even leave the house due to her underlying health conditions.”

Alex decided to make a food box for her to ensure that she wasn’t going without the essentials, and the response he received inspired him to do more.

“I got a text message just explaining how thankful she was, it made me think about all the people in Cudworth, let alone Barnsley, that are suffering in silence,” he added.

“That’s when the idea popped in to my head that I should start a campaign helping all of those that need help in this time. I’ve been inundated with support so far, and I’m just really hoping that it’s something that will put a smile on everyone’s faces.”

More than £120 has been raised so far, as well as numerous food donations – though Alex wants the number of food parcels to increase.

“At the end of all of this, the plan is to donate the remainder of the money to the NHS foundation trust, but to do that we ideally need more food donations.

“I’ve been going out recently and sharing the food packages with those who ask, I’m just hoping for more donations to help everybody. I’m ensuring that I’m taking all the correct health precautions so the spread of the virus is at a minimal – wearing gloves and disinfecting everything that comes in.”

Among the supporters of the campaign are Coun Joe Hayward, Barnsley CVS and even a documentary team at Channel Four.

“I had a call from someone from the channel who wants me to film a few videos for them to help a documentary they’re doing on the outbreak,” Alex told the Chronicle.

“A lot of conversation has gone on with Coun Hayward, who’s a good friend of mine, to help me get access to closed down foodbanks and from Barnsley CVS who are helping to retrieve a list of those who need the support most in the Cudworth area. They’re sending me out a card so people know that I’m not trying to scam them and everything I do is legitimate. Overall everyone has been such a great help. I’d like to say a special thanks to Aldi and Co-op in Cudworth, Freshpack Wombwell, Tony Patel, Bev Voster and Mark Dix.”