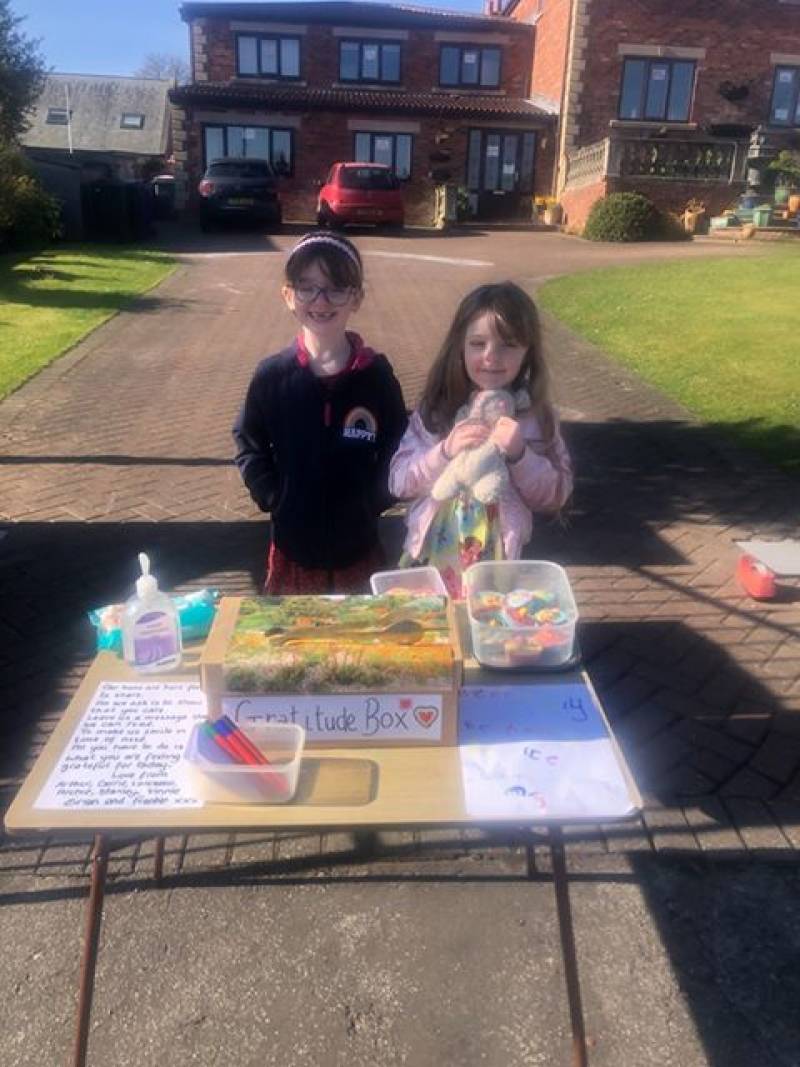 A FAMILY who wanted to spread a little joy during times of adversity spent the day giving out free cupcakes to help put a smile on their neighbours’ faces.

Carrie Clark, of Staincross Common, spent her weekend helping cheer up her neighbours after noticing that many were elderly or alone.

With the help of her children Eirian, seven, and Frankie, five, she set up a table where passing residents could collect a free cupcake and write something they were grateful for.

“I do a lot of work with gratitude and positivity in my job as a pastoral mentor,” said Carrie. “I was seeing a lot of neighbours pass our window who were on their own or were elderly and I wanted to help to bring a smile to their face and that’s when I came up with the idea for the gratitude box.

“The idea was that people could say one thing they are grateful for which helps them to focus on the positive which can be really useful in a time like this.”

Carrie also posted about her idea on Facebook which received a outpouring of support.

“I wasn’t expecting people to be as positive about it as they were,” added Carrie. “I am trying to teach my children to look on the positive side of things and they were so excited to read all the lovely messages that were sent on Facebook and put in the gratitude box.”

Eirian and Frankie manned the table from 9.30am until 3.30pm on Sunday and, although the cupcakes were free of charge, they did receive donations which will be given to Macmillan Cancer Support.

“It’s been a tough month as we lost my mum in March but I wanted to show my children that doing something for other people can be rewarding and to help to cheer them up,” Carrie told the Chronicle.