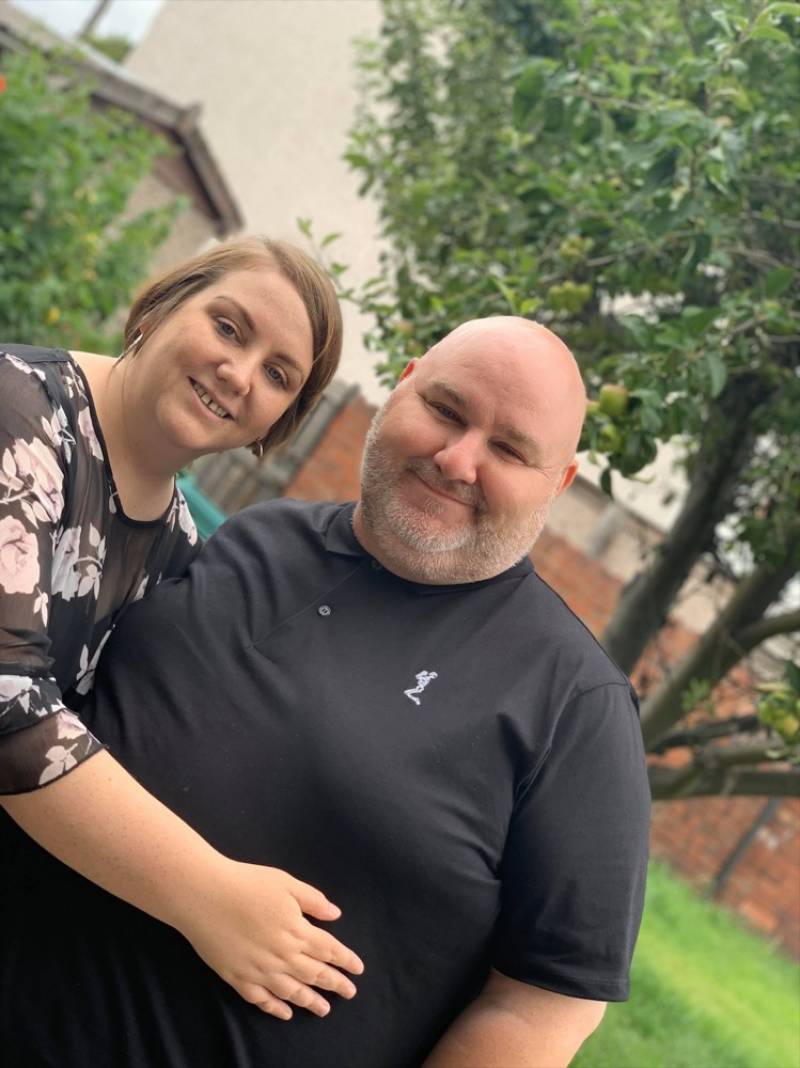 THE widow of a man who died less than 24 hours after contracting coronavirus won’t let him be ‘another statistic’ – and has urged people to follow government instructions to stay indoors.

Kevin Chadwick, 47, died last Friday after being taken to hospital with symptoms of the virus on Thursday afternoon.

Amid an outpouring of grief from friends and relatives of the popular Thurnscoe man, originally from Athersley North, his wife Vicky urged people to ‘take this virus seriously’.

Vicky, 32, said Kevin started coughing on Thursday afternoon and, after a call to the NHS 111 helpline, an ambulance was sent to the couple’s house on Oaklea, Thurnscoe.

He was tested positive, and Vicky got a call on Friday morning asking her to go to the hospital.

“I didn’t think it was real. The day before, he was here with me.

A warehouse manager at A and S Packing, Goldthorpe, Kevin was a ‘fairly fit guy’ and a football fan.

And the couple, both classed as key workers – with Vicky working at Capita in Wath – did ‘everything they were told to’ since the government issued its guidelines on social distancing.

Vicky said: “People are still going out and having parties, and not doing what they’re supposed to be doing.

“We did everything we were told to.

“We went to work, came home, and only went shopping for essentials, and that was it.

“I would drive myself mad trying to work out where it came from.

“I just want to make sure people are following the rules, and getting checked out if they need to.

“Before this, all the cases were just numbers. I don’t want Kevin to be another statistic.”

Vicky’s friends have set up a Just Giving page to raise £300 to allow her to get tested for the virus.

It has since raised more than £2,000 – which she said will go towards funeral costs.

Vicky, who’s been forced to self-isolate from her family until she’s tested, said: “I didn’t know about it until they set it up. I can’t believe how many people have donated.

“I know I’ve got people around me, even though they can’t be physically with me.

“It just shows how well-liked Kevin was.

“He was just a lovely lad – kind, generous, and would do anything for anybody.

“He loved going out, and no matter where he went there was always somebody that knew him and he was always making somebody laugh.

“Kevin had some very close friends, who he treated like family.

“We will give him the funeral he deserves.”

Kevin was involved in Athersley Rec from a young age – with manager Pete Goodlad saying he’s lost not only a team-mate but a close friend.

He said: “Kevin has always been part of our team, his parents Jean and Barry are also members of our committee.

“It’s devastating. The club’s thoughts are with his wife Vicky and the rest of his family.

“Like people say, they always take the best first. Athersley will miss him.

“After all this madness has calmed down, Kevin’s family have asked us to host a memorial for him for everyone to attend.”

There are 216 confirmed coronavirus cases in Barnsley, with the number of deaths rising.

To donate to the fundraiser for Vicky, search for ‘Kirsty Hart’ on justgiving.com.