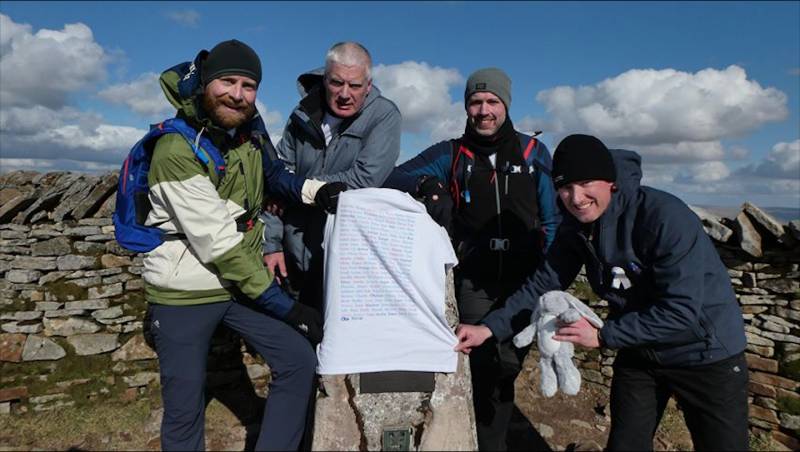 A DAD has raised £4,500 by conquering the Yorkshire Dales’ three highest peaks for three charities close to his heart.

Andy and his wife Bethany set up the charity in memory of their son, who died after complications during his birth in March 2017.

The charity aim to support other bereaved families who have lost young children.

As well as Henry’s Hope, money was also raised for the Little Roo Neonatal Fund, based at St Peter’s Hospital in Surrey, where Henry received his treatment, and the Scottish Cot Death Trust.

Andy was also joined by five other dads who support the charity on the 24-mile hike.

Andy, who completed the challenge in a single day, said: “It was hard work. We had a rough time of it, but thinking about why we were doing it really motivated us to push on.

“I was expecting us to raise around £1,000 so to see that final figure blew us all away.

“Before we even set off, donations continued to come in which really motivated us to keep going.

“We took the names of nearly 170 babies with us on our t-shirts, some of which we know through groups and and some of which have found support through our social media links.

“The money means so much to these charities, and to the group. We can’t thank the people who donated enough.”