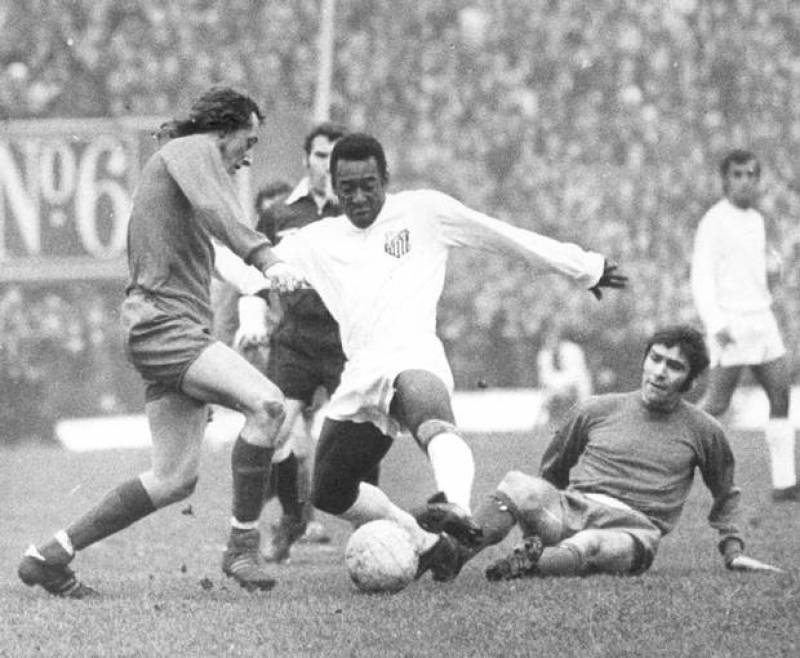 NOT MANY men from Barnsley can say they played football against Pele, but Gary Scothorn can.

The former goalkeeper, now 69 and still living in Hoyland where he was brought up, took on the Brazilian legend in 1972.

Three-time World Cup winner Pele – considered by many to be the greatest footballer who ever lived – was touring the British isles with his team Santos.

They played against Aston Villa and Sheffield Wednesday then came to Dublin to face a combined 11 of players from Drumcondra FC and Bohemians. Santos won 3-2 at Dalymount Park in front of 30,000 people.

Scothorn, who was a Drumcondra player at the time, said: “It was an interesting game to say the least. They were a great team and of course they had Pele who had just won the World Cup two years earlier. I made a few saves. I have a video of the game and I make a good one from a Pele free-kick. I have a recording of it on my phone.

“It was a big gamble to put a game like that on, but it paid off because it generated a lot of interest. It was in the days when Irish domestic football still attracted big crowds, before the ferries to England meant a lot of people started to watch Liverpool and the Manchester clubs instead.

“I spoke to Pele afterwards but just for a few seconds because it was mayhem and everyone was trying to talk to him. I still have the programme from the game framed in my house, signed by the whole Santos team.”

That was not the only big match of Scothorn’s career.

As a 16-year-old Sheffield Wednesday youth player he was called in as an emergency to face Mansfield Town in the FA Cup in February 1967 in front of 49,000 people.

He said: “England international Ron Springett pulled out through injury on the day of the game and the reserves goalkeeper had already travelled to their game, which was how they did it in those days. We heard an announcement asking for all apprentices to report and suddenly I was told I would be playing. I didn’t really have time to be nervous. It went well and we won 4-0.”

Scothorn was highly-rated as a teenager and was Peter Shilton’s back-up for England under 18s. But, after a change in management in Hillsborough, he never played another match for the Owls. He had a spell in South Africa and then Ireland before spending a season as Mansfield’s reserve goalkeeper as they won Division Four in 1975.

After leaving football, he ran an off license, spent 15 years working in casinos and then invested in properties.