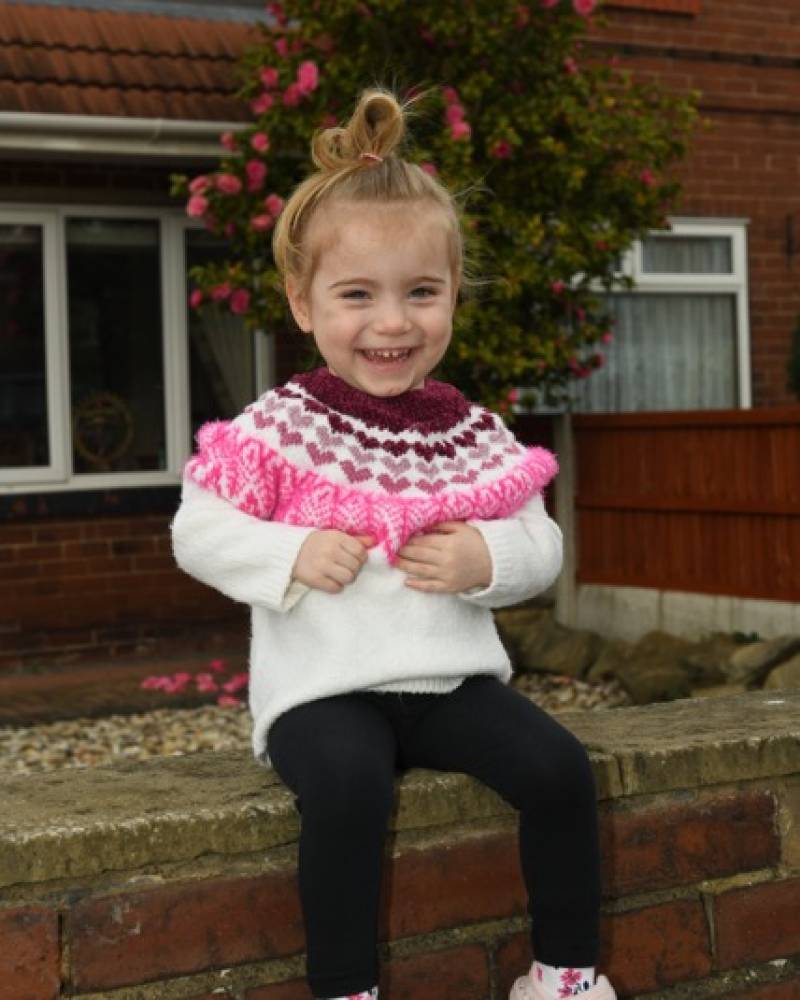 THE parents of a toddler who was left in constant pain due to a rare disorder have spoken of how their lives have ‘transformed’ following her life-changing operation.

As she grew, it was initially believed she had cerebral palsy, but it became more apparent that this was not the case.

When she tried to bear weight on her legs, she would scream out in pain.

Amelia was sent for an MRI of the brain, spine and pelvis and they found a large cyst on her spinal cord. She was diagnosed with syringomyelia.

Syringomyelia is a rare disorder in which a fluid-filled cyst forms within your spinal cord. It can make it difficult to use your hands, causes problems walking and problems with bladder or bowel control.

Following her diagnosis, Amelia’s parents, Nicole, 23, and husband Sander, 43, were told Amelia would need to have an urgent operation to remove the cyst, as leaving it would leave her potentially being unable to walk.

The procedure however was only available in Barcelona and would cost £20,000.

Following months of fundraising, raising £4000, model and social media star Maya Henry donated the remainder of the money to allow Amelia to have the procedure, which took place in August.

Following her procedure, Nicole said that Amelia is a completely different little girl.

“She’s been doing amazingly well since her surgery,” said Nicole.

“We’ve seen a massive change in her. You can now converse with her, she’s no longer in pain and cries when she wants sweets. She’s just a normal toddler.

“She runs around and loves to play with other children. She’s just a happy little girl. She has also grown a little taller and we’re planning our first family holiday together.

“She has been diagnosed with epilepsy so she does suffer with seizures and she will be undergoing brain surgery at some point as the doctors have discovered that part of her brain didn’t develop when she was growing in the womb.”

Amelia has been nominated for a Young Champions award in the ‘Young Conquerer’ category.

“It’s put a smile on my face to hear that Amelia has been nominated,” Nicole added. “People have only really heard that she was born poorly and now she’s better but our lives have really transformed.

“Small things like going to the supermarket to do the weekly food shop is something we could have never done before.

“I’m now back working full time and Amelia goes to a childminder. Things that we never thought would have been possible to do is now a reality for us. Our lives really have transformed and we can’t thank everyone enough who donated.

“Amelia has come a long way and she has some more battles ahead, but she’s thriving and she’s happy.”