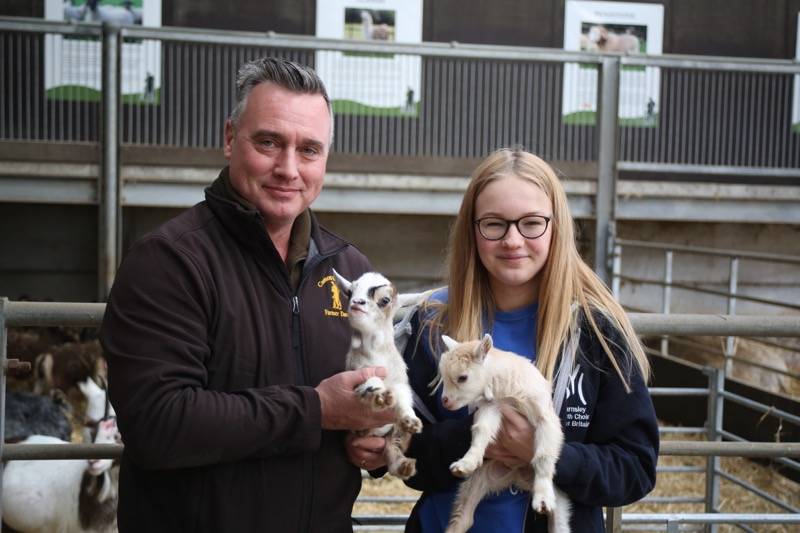 A CAWTHORNE teenager has proven that she really hits the right note with her neighbours – after a local farm agreed to sponsor her to take part in an international singing competition.

Lottie Dry, 13, of Oaklea, Cawthorne, has been a member of Barnsley Youth Choir for four years.

The Penistone Grammar School student began in the children’s choir, before becoming part of the senior choir.

After auditioning to be part of the World Choir Games which will take place in Flanders, Belgium, in July, Lottie’s mum Libby began contacting businesses to sponsor her trip.

She said: “I contacted Cannon Hall Farm and explained that Lottie was the only Cawthorne member attending the competition, and I was delighted when they responded to say that would sponsor her. We’re grateful for their support.

“It’s not the first time she’s been away with the choir as she’s been to South Africa and performed at the Edinburgh Fringe, but this is the first competition she will be part of.”

Barnsley Youth Choir currently stand at an astonishing number three in the world rankings and will compete against around 600 choirs with a total of over 20,000 singers from more than 100 nations.

The choir are still looking for sponsors for the upcoming competition.

Richard Nicholson, a director at Cannon Hall Farm, said: “We’re really delighted to be helping to support these talented kids in putting our home town of Barnsley on the map.

“The choir is a registered charity, run by volunteers which seeks to provide outstanding opportunities for young people who live in Barnsley.

“If local businesses and individuals can help out I’d suggest it’s a very worthwhile cause to support. We wish Lottie and all her friends in the choir lots of luck in the competition.”