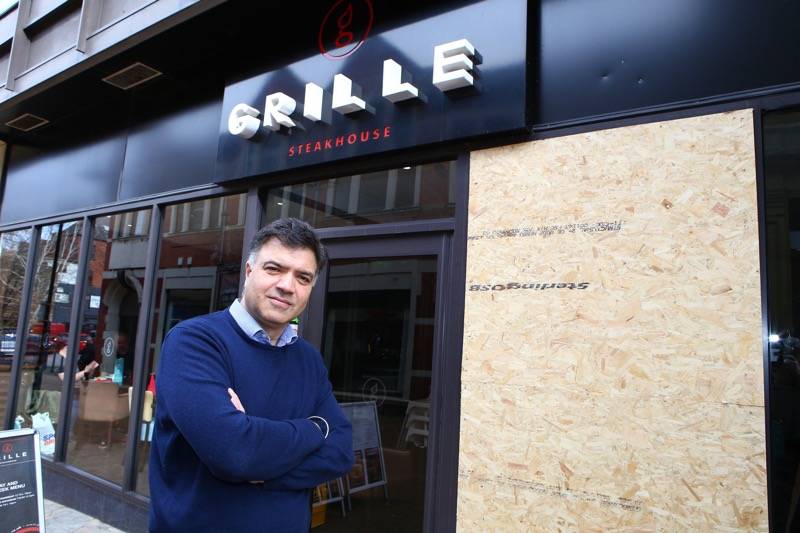 A RESTAURANT in Barnsley town centre has been broken into for the second time in as many months.

Grille Steakhouse, on Market Street, was the victim of another break-in on Tuesday night, just six weeks after the last.

The owner of the restaurant, 51-year-old Jaz Boparai, told the Chronicle: “This is the second time it has happened.

“This time they’ve smashed the window, taken £50 and the till itself.

“The window cost £400 to repair last time and it’s going to be the same again, it’s becoming a joke.”

Jaz feels the community needs to come together, as problems for small businesses are ‘only growing’ due to the panic surrounding the coronavirus.

“We’re all going to be struggling because of the pandemic and we should be working together, but this is the exact opposite.

“I’ve seen the CCTV and they were just waltzing around like it was their own restaurant.

“They showed absolutely no remorse.”