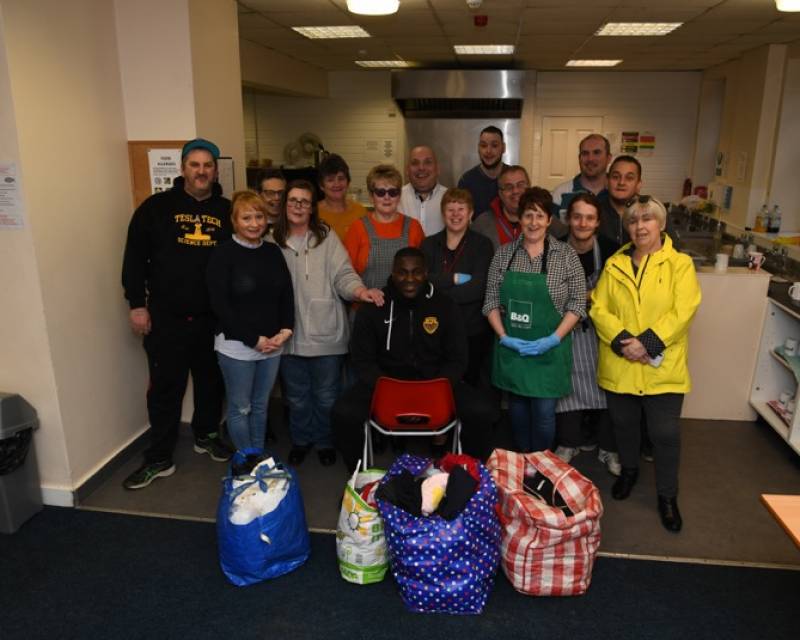 A ‘VITAL’ organisation facing the possibility of being shut down after years of helping the town’s homeless has been saved by a former Barnsley FC striker.

Action for Barnsley Homeless – along with Barnsley Churches Drop-In Project (BCDP) – have been working together to tackle homelessness in Barnsley for several years, with both organisations operating out of Temperance House on Pitt Street.

However, last week, BCDP announced that due to its ongoing struggles with rent, business rates and the rise in homelessness on Barnsley’s streets, it would be closing its premises on Pitt Street.

The announcement had a knock-on effect for Action for Barnsley Homeless, who also operate out of the venue running a kitchen every Tuesday.

Members from the organisation called the announcement ‘devastating’, and Jill Martin, who is a member for Action for Barnsley Homeless, said she did not know the future of the group.

But last Friday, the organisation announced that it would be operating out of ex-Barnsley striker Bruce Dyer’s church.

Bruce opened Love Life UK Church, based in Blucher Street, last September, and Jill said he was happy to become involved with the group and let them use the venue to continue their work.

A statement from Action for Barnsley Homeless said: “We can’t thank Bruce and all the people of Love Life UK Church for becoming involved and throwing us a lifeline to carry on what we do best.

“There are still a few things to be finalised but, if all goes to plan, this will begin at the end of March or the beginning of April.

“Thank you to everyone who has stood by us through thick and thin and in times of need.”

Jill added: “It’s on an eight-week trial basis but it is great news. It will be different but if we can still provide a hot meal it will work great for us.

“I don’t know what will be happening with BCDP so we will have to see. We are still looking for our own venue to use so that will be ongoing as well.

“We’re really pleased to be able to carry on and we need to get some things sorted out but it’s good news for us.”

Bruce said having the organisation at the Love Life UK Church would be a ‘pleasure’ and that he was glad to help out.

“We spoke over the phone and agreed to a meeting last Friday,” he added. “The meeting went well and it felt right. Action for Barnsley Homeless help people out on the streets and they are doing really good work. It’s our pleasure as a church to help them.”