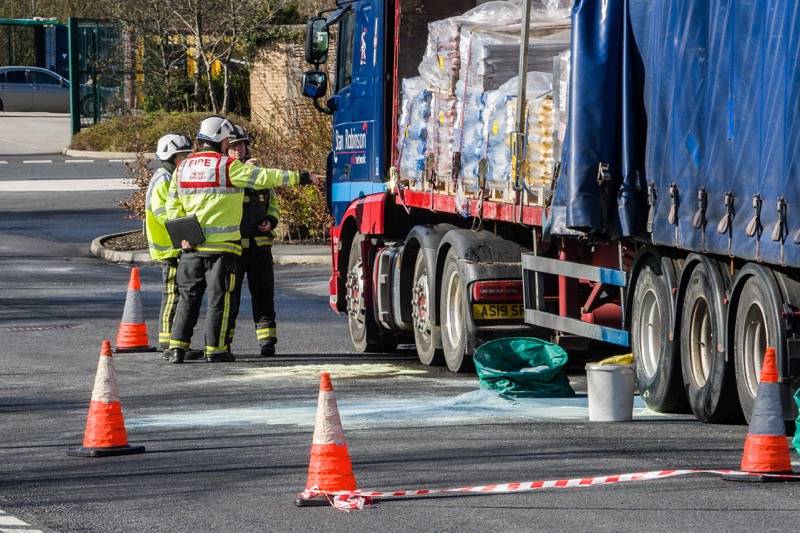 Emergency services were called to Shortwood Way, Hoyland at 7.47am yesterday following reports that a lorry had leaked what was initially believed to be a chemical leak.

South Yorkshire Fire and Rescue (SYFR) initially sent several fire engines, specialist officers and a decontamination vehicle to the site at Shortwood Business Park however these were stood down when the liquid was discovered to

A spokesman from SYFR said: “We put a seal on the lorry to prevent any more spillage and crews worked to prevent diesel entering the water course. One fire engine remained on scene while this was carried out.”

South Yorkshire Police also assisted the incident while the spillage was cleared and no-one was injured.