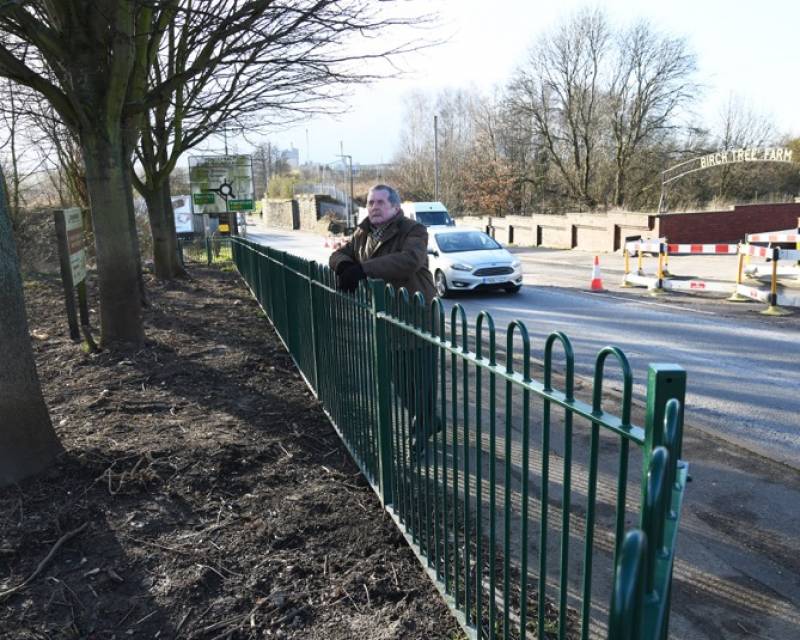 SECURITY measures are being stepped up to protect motorists after a spate of brick-throwing incidents caused thousands of pounds in damage to cars.

Youngsters have been scaling the banking of the former railway line where the bridge used to go across Barnsley Road, Cudworth, since November.

Three buses and two cars were damaged before Christmas and, despite incidents quietening down over the new year period, two more took place in February which led to renewed calls for more to be done.

Despite Network Rail – the landowner – admitting it could take as long as six months to erect heightened fencing and anti-climb spikes due to a road closure having to be implemented, Barnsley Council’s extending the wrought iron fencing along the road while The Prince of Wales Trust have been cutting back bushes, trees and tidying the area to improve the vision of passers-by.

Local police bemoaned the site – known locally as The Valley – because of its easy-to-access nature and its hiding places which were allegedly being taken advantage of by yobs, so it’s hoped the measures – carried out this week – will help allay the danger.

Coun Charlie Wraith said: “Waiting up to six months for work was not possible as it’s simply too long and motorists have effectively been sitting ducks.

“We’re lucky in a way that only vehicles have sustained damage, not their drivers or passengers. By carrying out work to the fencing and sprucing up the adjacent access, it’s given us better sightlines which will hopefully allow people to identify those responsible should this continue.”

Nearby CCTV has also been put in place to warn teens from continuing their behaviour, which Coun Wraith said was a ‘miracle’ no-one had been injured.

Sergeant Richard Wilson, whose policing team is based on nearby Manor Road, said officers are dealing with the issue ‘robustly’.

“The council and police approached Network Rail simultaneously regarding this as it’s something this is something that’s caused a lot of public concern as it’s dangerous and clearly needs to be stopped,” he added.

“There are a lot of hiding places on both sides of the former bridge, but in particularly on The Valley side. We’re continuing to monitor this and patrols are being done.”

A spokesman from Network Rail added: “Safety is our top priority and we are committed to working with Barnsley Council and South Yorkshire Police to help them tackle this issue.

“Due to the relatively high cost and the necessity of road closures to implement, we estimate that a realistic timescale for implementation would be within six months.”