The beat is back with new police hub 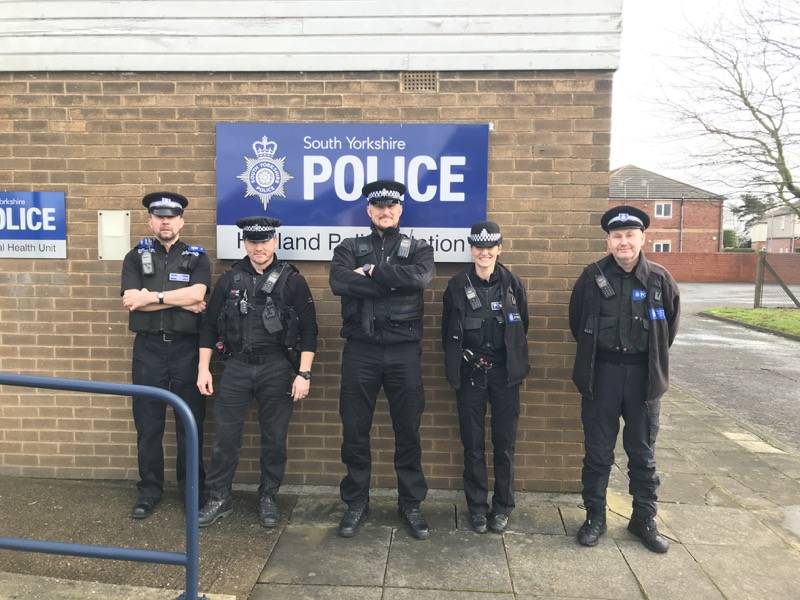 A NEW police hub will reopen in Barnsley in the coming weeks after bosses promised more on-the-beat officers will be seen as a response to residents’ concerns.

The move comes after the force announced that numbers of PCSOs across Barnsley were being reduced, but they are now ‘reversing the trend’ by recruiting more officers who have a wider array of powers, including arrest.

Hoyland police station – axed by police in a cost-cutting measure several years ago – is undergoing renovation work and will be used by a new policing hub, joining existing teams at Barnsley town centre, Cudworth, Kendray, Goldthorpe, Penistone and Royston.

The team will be led by Sergeant Rebecca Fleming and will cover Hoyland Milton, Rockingham, Wombwell and Darfield wards. Based there will be PCs Anton Fretwell, Dan Hurst and Sarah Chesters, and PCSOs Tony Thorpe, Malc

Burke, Melanie Rowe and Shaun McDermott who have ‘many years’ of experience in policing.

Inspector Rebecca Richardson said: “I am extremely pleased to announce our new Hoyland team – they will be working closely with partners and is eager to hit the ground running, focusing on the issues that have been raised from the community, including antisocial behaviour, shoplifting and burglaries.

“The increase in neighbourhood teams across Barnsley is part of the force’s journey to deliver outstanding neighbourhood policing.

“With additional officers working at core times with a proactive approach, we hope to see a reduction in crime and deliver a service to our communities, tackling the issues that matter the most.”

More police as a result of an ongoing recruitment drive could also trickle down to the current hubs responsible for their own district in the borough – a move set to be welcomed by residents who have bemoaned a claimed lack of presence.

Chief Inspector Julie Mitchell added: “I am delighted that we are in a position to continue to expand our neighbourhood policing offer, by increasing our number of police officers and also by introducing a new shift pattern that is more aligned to deal with issues reported by the public.

“We have listened to the views of the public in this part of Barnsley and I hope that by having a dedicated team covering the Hoyland, Elsecar, Wombwell and Darfield areas, we will provide the service that is needed.”

Dr Alan Billings, South Yorkshire Police and Crime Commissioner, added: “More police will also mean more officers for neighbourhood hubs. These valuable teams were another casualty of cuts, but they are being restored with both

PCSOs – who were often all that remained of neighbourhood policing – and officers with the power of arrest.

“Again, in Hoyland, it will be possible to base a full neighbourhood team in the station when that is reopened.

“I am sure this will be welcomed by everyone, not least the police.

It means that this new team will be nearer the people and community they serve – something local councillors have been pressing for.”