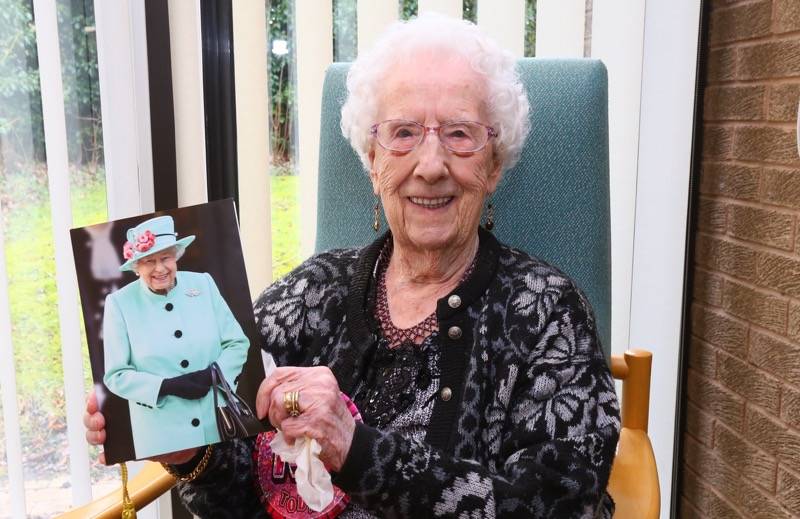 A WOMAN who attributes her long life to ‘taking things as they come’ celebrated her 100th birthday surrounded by family and friends.

At the age of 14, Edith went into service as a maid at St Thomas’ Vicarage in Batley where she spent two years working until she was 16.

“I really enjoyed working for the vicar,” said Edith. “I was really proud to be in service and the vicar was lovely.”

On May 9, 1942, Edith married her first husband Kenneth Boreham and they have one son, Malcolm.

In 1987, Edith married Arthur Greaves but their marriage was cut short when he died just four years later.

“Arthur was a lovely bloke, he was really kind and I would have wanted more time with him than I got, it’s sad really.”

Edith now lives in an assisted living complex and to celebrate her birthday, staff threw her a birthday party for her to celebrate with family and friends. She was also visited by former mayor, Coun Steve Green, who returned to visit Edith to fulfil a promise he made a year earlier.

During his time as mayor, Steve had promised Edith that he would dance with her at her 100th birthday and on Thursday the pair enjoyed that long-awaited dance.

“I don’t feel any different,” said Edith. “I just take things as they come and I don’t drink.

“I can’t believe everyone came to celebrate with me.

“I love the card from the Queen – I didn’t think I was going to get one but I am so happy I have.”