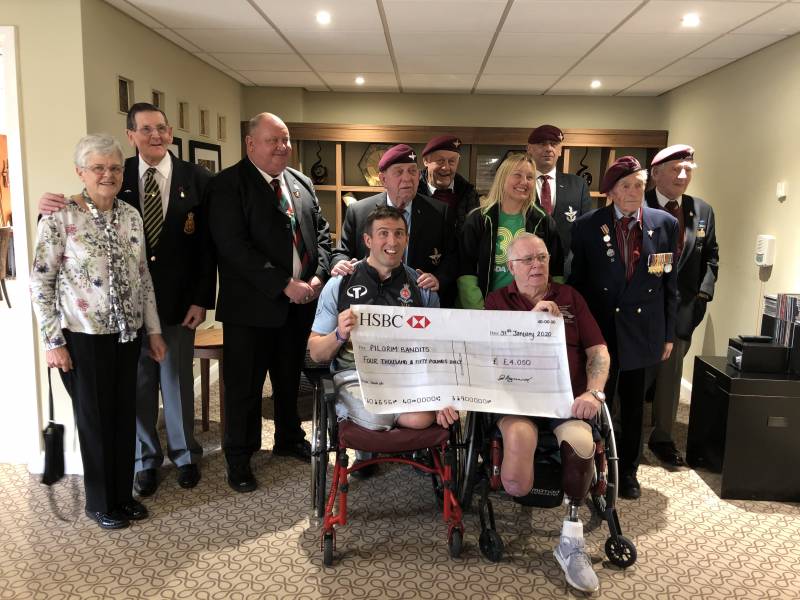 A REGIMENT group raised more than £4,000 for a charity which helps injured servicemen and women.

The Cudworth Parachute and Regiment Association (Para) raised funds for the Pilgrims Bandits, a charity which support injured servicemen and women and those from the emergency services by taking them on expeditions.

The Paras spent six days in ASDA collecting money for the charity, raising £4,050 and the money was presented to Ben Parkinson, Britain’s most injured soldier and patron for the Pilgrim Bandits at Cherry Tree Court care home, based in Goldthorpe.

A spokesman from Pilgrim Bandits said: “We aim to help injured servicemen and women to socialise and encourage them to participate in these expeditions where they jump from aircraft, go on winter survival courses abroad and other adventure holidays.

“We can’t thank the people of Barnsley enough for their generosity in raising this money for the Pilgrim Bandits.”

Cudworth ward Coun Joe Hayward said: “Thank you ASDA shoppers for your generosity and to the Cudworth Paras for their hard work.”

Tina Burke, Asda Barnsley community champion, said: “We’re really pleased to help support the Cudworth Paras with their fund-raising efforts for Pilgrim Bandits. They aim to help and inspire injured personnel and we’re all really proud to have been able to present them with a cheque for £4,050.”