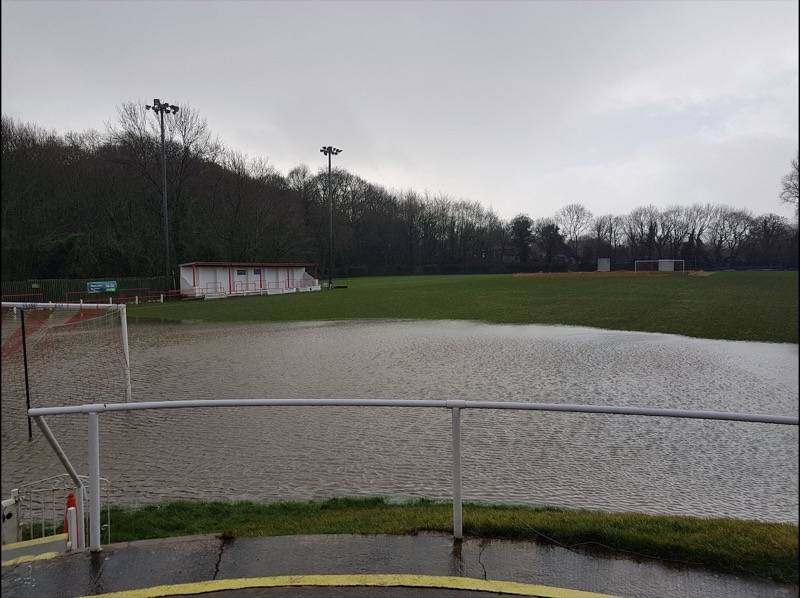 THE chairman of a football club which has been flooded for the second time in three months has said without major help and work the club may not make be able to survive.

Worsbrough Bridge Athletic Football Club, which is based in Park Road, ended up waterlogged after the River Dove broke its banks on the weekend during Storm Ciara.

The club posted photos on social media on Sunday that showed nearly half of the pitch underwater. And with the club also flooding in November and having just recovered, it means that all games are potentially cancelled for the next six to eight weeks.

Chairman Mark Booth said the damage done will lead to a ‘massive financial loss’ and is asking for the community to ‘come together’ to help the club in the short term.

“It took us four weeks to dry out last year and this year, at this time of season we can’t afford to wait six to eight weeks for the pitch to dry out properly.”

Mark said the flooding has not only caused problems for the club, it also means it causes issues for the community, as a soccer club that was supposed to take place across two days next week for half term may be cancelled.

“It’s really awful to have this happen at such a critical time for us,” said Mark. “Attendance at the club has gone up by 50 per cent so it’s really good for us. This is due to different activities and these half term events taking place.

“If we can’t bring people in, it doesn’t just affect the football club, it affects the area as well, so this will affect Worsbrough.”

In the short term, the club is hoping to dry out the pitch as soon as possible so the club doesn’t lose its revenue, but in the long run, Mark said there needs to be work on the river banks.

“What’s happening is the banks are eroding every time it floods, so it means it’s flooding quicker and it’s a big issue. We’ve increased our teams from four to nine now and we have more junior clubs. The flooding means it’s challenging to grow as a football club.

“The problem with the erosion means that someone needs to come in and assess the damage and I’m sure that will be a certain amount of work and it will cost a fair bit, which we can’t afford.”

It’s believed that the damage has lost the club more than £5,000 through game revenue and winter training.

“It’s a massive heartbreak for the volunteers and it’s devastating for the football club,” said Mark. “We need our local partners to support us, however they can do.