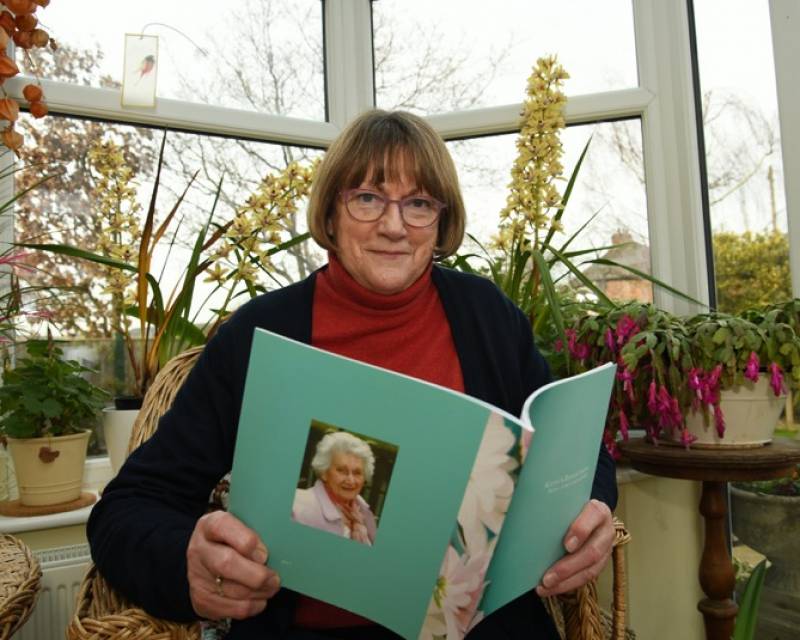 THE words of a woman with dementia have been immortalised in poetry in a book written during the last weeks of her life.

Kitty Burgess lived with dementia for nine years until she died aged 99 in 2016. Now her family can remember her with a book of poetry written using her own words in the weeks before she died.

“The type of dementia mum had comes on very gradually,” said Kitty’s daughter and former Mayor of Barnsley Linda Burgess. “She had vascular dementia and she started losing her memory and becoming confused. It got to the stage where she needed to have carers coming to her home two to three times a day to make sure she was taking her medication and that she had everything she needed.”

As Kitty’s dementia worsened, she moved into residential care, but Linda revealed that she worried she had lost her mum.

“People use the word ‘lost’ when it comes to dementia and I wanted to help mum to express herself.”

Linda reached out to creative therapist Diane Hinchliffe to help her mum to express how she was feeling.

“Working with Diane helped her to express herself and showed us that mum was still there and capable of expressing her thoughts and feelings,” she said.

“It’s lovely to see the book and remember mum and to look at all the things that mattered to her. It reminds me that mum wasn’t her illness at the end, but she was still there, it just took her a while to be able to say what she felt.”

Diane, who has been a therapist for more than seven years, said: “Sometimes I used objects with Kitty, and sometimes she came in knowing what she was going to say.

“I remember one day she became really fixated by my red coat that I wear and then we realised she was wearing a red cardigan and it was great to see her be able to relate to that. A really lovely poem came out of that conversation.

“I think it helps people to know that they are important and what they say matters, because sometimes I think others forget that people with dementia are still people and still have thoughts and feelings – they might just take longer to articulate.”