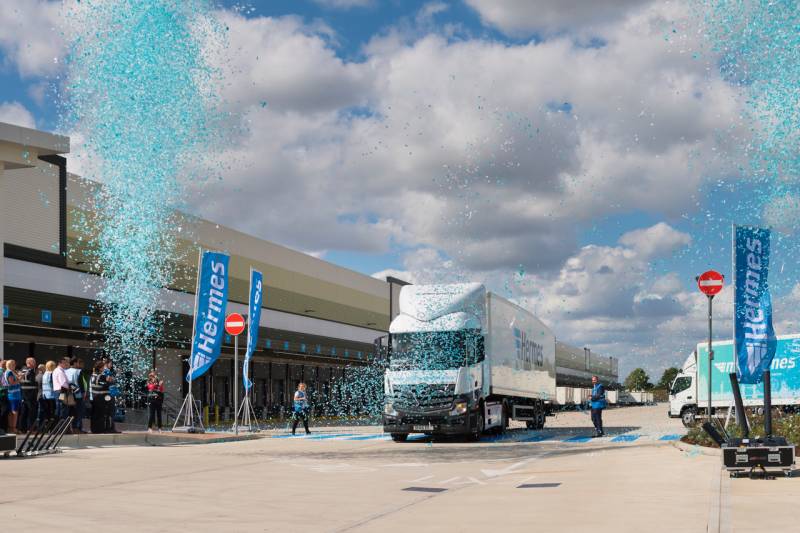 DELIVERY giant Hermes made a surprise announcement of plans to create 1,300 jobs at a new £60m distribution hub in Barnsley – but the news received a muted welcome from Barnsley Council who confirmed no planning application has yet been received and wider plans for the site are still being drawn up.

Hermes, whose ‘state-of-the-art’ plan relates to a site close to junction 36 of the M1 at Birdwell, promises to be the largest hub in Europe at 363,000sq ft and will be capable of processing more than a million parcels per day.

The would-be facility, already named ‘Colossus’ by Hermes, has been earmarked for completion in two years’ time – despite the council confirming that a planning application is still to be seen.

The Chronicle understands that Hermes’ plan, made public on Monday, relates to land earmarked for employment use in the council’s local plan, but a ‘masterplan framework’ for the site – which shapes development and what the council will allow – has not been adopted.

Matt Gladstone, executive director for place, said: “We are yet to adopt a masterplan framework which opens up potential sites for development or receive a planning application for the site Hermes has identified close to junction 36 of the M1.

“While we welcome developers’ interest in the sites we recently allocated for employment use via our local plan, we need to ensure new development helps to improve quality of life for our residents.

“Among other things, the purpose of the masterplan framework will be to make sure we create a the right level of growth for the area, matched with ecological sustainability.

“We will be consulting on a masterplan framework this year so that residents can have their say on future land use in this area.”

A site allocated Hoyland North – which resulted in a masterplan being formalised before Christmas – remains the only part of the area to have that in place, with Hoyland South and Hoyland West, the latter of which is where Hermes’ plan relates to, still to be consulted on.

Masterplans, which have to be allocated for large-scale housing and business use sites, ensure the council attracts the type of development suited to communities and, without a framework in place, will effectively give the upper hand to developers.

Council leader Sir Steve Houghton said that while masterplans will result in some factions of the community campaigning against them – as seen with the fiercely-fought MU1 site near Barugh Green, Higham and Pogmoor – having individual frameworks in place, tailored to each site, remains ‘essential’.

“If we don’t adopt masterplans, it potentially puts us in very dangerous territory as a council as we could be challenged by developers if the framework is not in place,” he told the Chronicle.

“It’s important we get the right sort of development for the local plan’s allocated sites and it’s essential that a consultation process is followed as that allows local residents to give their thoughts. With the framework, developers have to adhere to it as it controls what is ultimately allowed.

“Without that in place they can effectively seek permission for what they want and if we do reject it, more often than not they will challenge it with the Planning Inspectorate.

“We welcome jobs and business growth but it must be done right.”

Martijn de Lange, chief executive at Hermes, added: “Colossus is strategically located near the motorway, close to several of Hermes’ retail customers’ distribution sites. This means that later cut off times for collections will be provided.

“Our continued investment to strengthen our network and infrastructure across the UK is laying the foundations for future growth, creating more employment opportunities and confirming our position as an industry leader.”