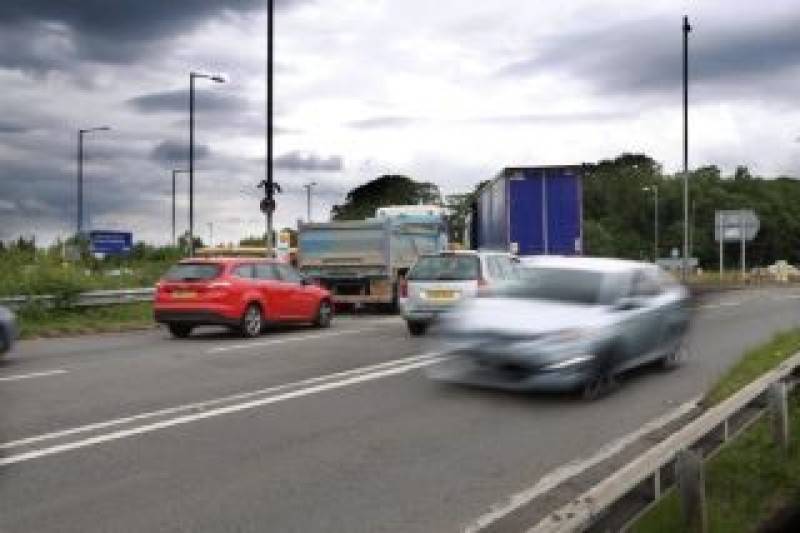 ONGOING concerns continue to be raised over drivers frequently ‘exceeding the speed limit’ on a Mapplewell road.

Spark Lane, which stretches the length of Barugh Green and Mapplewell, has been a topic of debate at the Darton and North Area PACT meetings over the past few months.

Coun Steve Hunt, who has been consistently vocal about the issue, raised concerns from local residents over drivers exceeding the speed limit frequently, and his worries over potential safety risks.

The current speed limit on the road is 40mph in the section nearest Low Barugh but this then reduces to 30mph as the road enters the built-up area in Mapplewell.

At the most recent PACT meeting, Coun Hunt asked for more static or fixed cameras along the road to deter speeding.

Sgt Richard Wilson, who chaired the Darton PACT meeting, said that there were ‘no more plans to put in fixed cameras at the moment’.

In December, police reported at a previous meeting that it had responded to Spark Lane concerns through deterrent work, speed surveys and cameras that monitor drivers’ speed.

It was discussed that members of the PACT meeting would start a community speed watch group, that will monitor vehicles on a 30mph road.

The council is also buying two speed indicators to distribute around the borough.

Although Coun Hunt believes that more work can still be done.

“I receive regular reports of speeding on this road. There is no camera,” he said.

“To reduce speeding I would suggest the site for community speed watch and for PCSOs to undertake periodic speed checks in the 30mph section.

“I would also suggest Spark Lane as a location for a South Yorkshire Police speed camera van, as well as one of the locations for the new speed indicator devices being purchased by the council.”

A spokesperson from South Yorkshire Police added: “It is acknowledged that the speed of vehicles travelling on this particular stretch of road has been raised by attendees at the PACT meetings.

“This is in addition to reports to other roads across the borough.

“There are currently no fixed speed cameras in use in this area.

“The Community Speed Watch group are heavily involved in North area of Barnsley, however due to the layout of the road and the 40mph speed, we are unable for safety reasons to use this group on this particular road.”