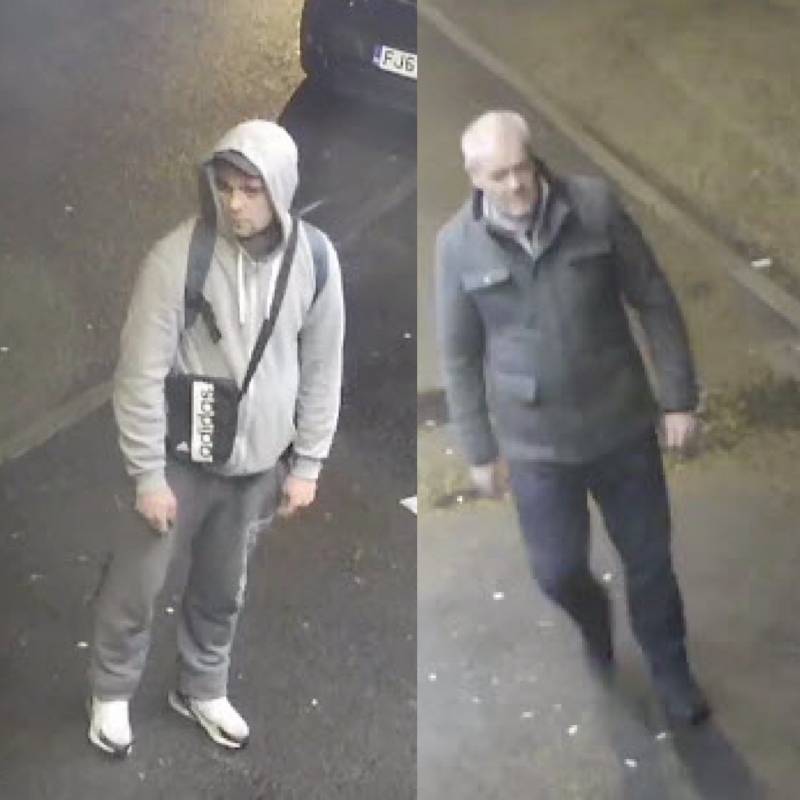 POLICE have released images of two men they would like to speak to after a man was tied up and robbed in his own home.

The 57-year-old victim has been left fearing for his safety after two men entered his home under false pretences on January 14 at around 5.30pm.

It is reported that the men assaulted the victim before tying him up, ransacking his home and fleeing with a number of personal belongings.

The robbery has left the victim feeling vulnerable and worried about a second attack.

South Yorkshire Police would like to speak to the two men who were pictured in the CCTV images as they may have information which could assist officers with their enquiries.