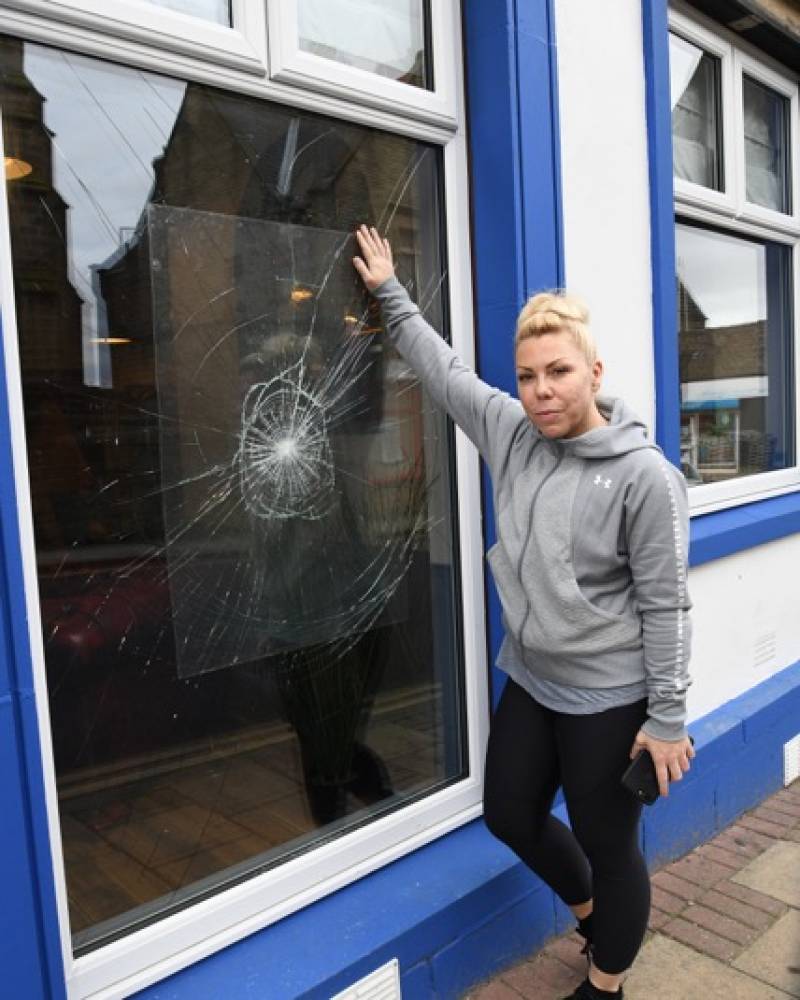 A BAR owner who recently renovated a ‘run-down’ Wombwell bar says vandals won’t stop him as he picks up the pieces after several targeted attacks.

Arthur O’Loughlin, owner of Locky’s Bar on High Street, took on Squires - across the street, on the corner of Church Street - towards the end of last year.

Wanting to use the bar as a nod towards Wombwell’s history, he collected equipment and artefacts from the old Alma pub - including its solid wood dancefloor - and used the Squires site’s former use as an ironmongers as inspiration for its new appearance.

But in the early hours of Christmas morning, the bar was targeted by a vandal who used two bricks to smash the new windows.

And just as Arthur began to look into replacing them, his bar Locky’s was also hit on Tuesday, again in the early hours, in what he thinks is a linked incident.

Arthur said he identified the man on CCTV and gave this information to police, but because his face was covered they said they don’t have the quality of evidence needed to investigate further.

“He’s wearing a very distinct tracksuit, with a logo on the left of his top, and the trainers he’s wearing are distinctive,” Arthur told the Chronicle.

“I have a very good idea who it is, and after putting it on Facebook within half an hour I had several people all saying the same name.

“We’ve barred three people from Locky’s and a couple from Squires. If I’ve upset someone, it seems like this is him getting revenge.

“Everyone knows the repeat offenders in Wombwell. We have names.

“He will have gone out bragging to people, but eventually he’ll brag to someone who doesn’t like him and will regret it.”

Arthur and his family spent weeks working on the bar and attached Churchill’s Hotel, which has had each of its 17 rooms renovated, and reopened both towards the end of last year.

The hotel is now managed by an online company, while Arthur’s daughter Vicky runs Squires.

Arthur said: “It was being run down, people weren’t interested, and I saw another pub set to disappear out of Wombwell.

“I knew the windows would be a target for vandals, but if you don’t do things you want to do because of things that might happen in the future you’ll never get anywhere in life.

“The alternative is putting shutters on, but that’s a last resort. In Wombwell through the day you’ve got businesses and shops, and you don’t want to see shutters up. I want people to see inside.

“There’s nothing wrong with Wombwell. We are trying to get it back on its feet.”