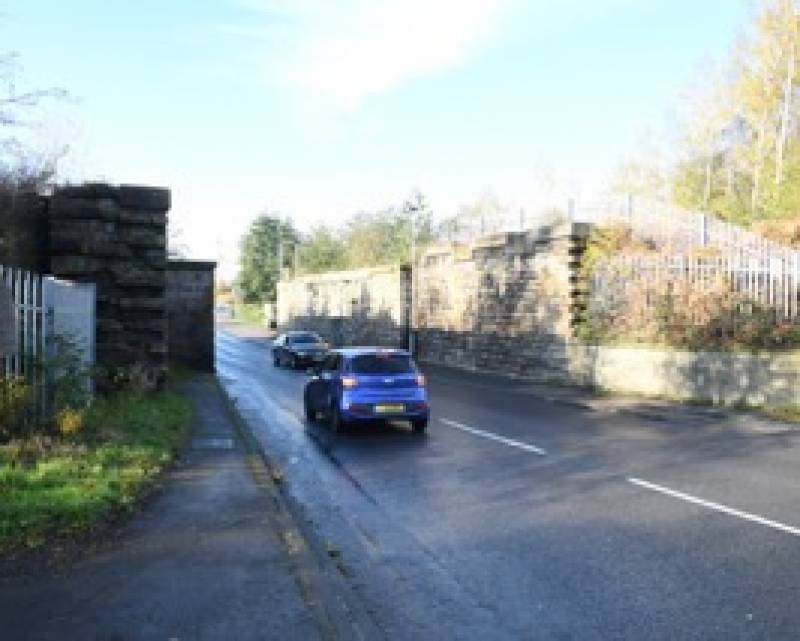 A RAFT of work has been proposed in order to tighten up security at a former railway bridge after Barnsley Council lodged its concerns over youths throwing bricks into traffic below.

Incidents have happened in recent months on Barnsley Road, Cudworth, which has seen youngsters scale the banking of the former railway line where the bridge used to go across the main road.

Although it’s been made a priority for the local policing team – whose officers have been increasing their patrols as a result of complaints made by Coun Charlie Wraith – buses and cars have been damaged by yobs.

Network Rail opted to erect fencing when the bridge was removed in March 2015, but youths have been seen on the playing field side where there’s been long-running issues with antisocial behaviour since the removal.

According to a document obtained by the Chronicle, Network Rail has committed to funding a host of work including the erection of fencing and anti-climb spikes to prevent youngsters from accessing the former track.

A spokesman said: “This is something which we are looking to do as quickly as possible, bearing in mind the nature of the dangerous behaviour which has been taking place.

“Our contractor has visited the site and drawn up and provided estimates for proposals to improve the fencing. We plan to instruct these works shortly, however due to the relatively high cost and the necessity of road closures to implement, we estimate that a realistic timescale for implementation would be within six months.

“Safety is Network Rail’s top priority and we are committed to working with Barnsley Council and South Yorkshire Police to help them tackle this issue.”

Paul Brannan, head of safer communities for the council, wrote a letter to Network Rail – the landowner – asking them to consider repositioning its fencing to prevent access.

South Yorkshire Police followed suit and the issue was raised by Sergeant Richard Wilson, whose team is based in the village.

He added: “Potentially an adjustment of the fencing and removal of at least some of the ballast would make a significant improvement to the situation – basically we just need to make it as difficult as possible to repeat the behaviour.”

Coun Wraith, who represents the Cudworth ward, told the Chronicle that residents had complained in their droves about the yobs’ behaviour, and welcomed the proposals.

“This is a potentially deadly situation so it’s great that plans have been revealed to tighten up security on the former bridge,” he added.

“It’s pure luck that the objects have hit vehicles’ roofs instead of their windscreens, which would easily shatter given the weight of a brick, the 30mph speed limit and the fact it’s been thrown from a height.

“Hopefully the proposals will put a stop to the antisocial behaviour there as it should prevent access.”