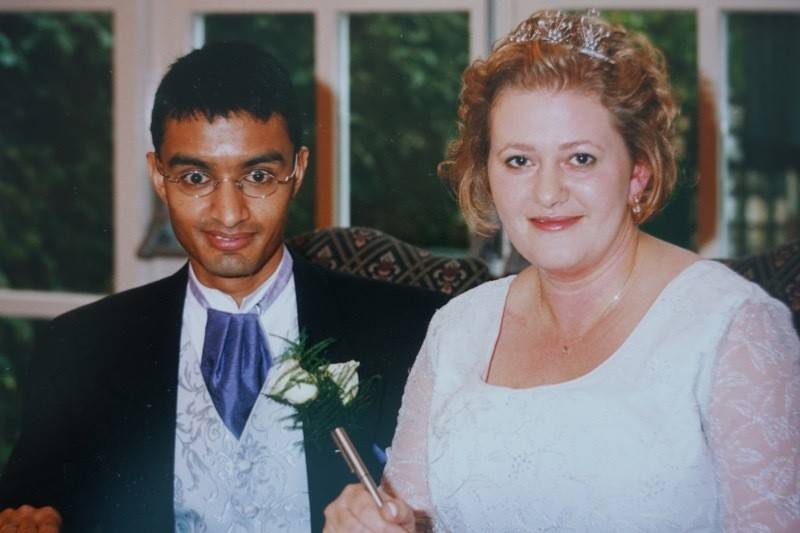 A HEALTH campaigner who became the first person to take up a pioneering role with the NHS after his wife died of a brain haemorrhage is encouraging others to become more comfortable with talking about organ donation.Mahmud Nawaz, 49, became an organ donation ambassador earlier this year, and has since promoted education and awareness of the procedure on a voluntary basis.This year, organ donation through the NHS will become an ‘opt-out’ system rather than the current process of registering to be a donor, following the passing of the Organ Donation (Deemed Consent) Bill - also called ‘Max and Keira’s Law’ - in March.

Part of the motivation behind the change is that, while 80 per cent of people support organ donation, only 38 per cent are currently opted-in -leaving loved ones unaware of their wishes regarding donation. Mahmud’s wife Sharon died in 2004, when she was just 32, suffering from a severe brain haemorrhage and collapsing in the shower.She had been passionate about organ donation and had made it clear to Mahmud that after her death, her organs should be donated - a conversation he has encouraged others to have after a survey by Yorkshire’s dedicated organ donation charity ‘Be A Hero’ found only half of people in Yorkshire said they would discuss their wishes with family members.Mahmud, formerly of Oakfield Walk, Pogmoor and now living in Wakefield, said: “When I lost my wife, because she had told me her wishes around organ donation, I was able to make the correct decision on her behalf and do what she would have wanted. “Had she not told me her wishes, I would have faced making that decision alone and whilst grieving - she saved me from that by having the conversation.“Having a conversation about organ donation may not be top of your to-do list, but by speaking to your family now, you can protect them from having to make that decision alone, ensure your final wishes are fulfilled, and ultimately change the life of someone waiting for a life-saving transplant.”Mahmud, who sits on the organ donation committees for Leeds -where the Be A Hero charity was formed in 2015 - and Mid Yorkshire, registered to be a donor after Sharon’s death.In the survey of 1,000 people, only 51 per cent in Yorkshire said they would discuss organ donation with their families - compared to 65 per cent in the South East and 69 per cent in the South West.Respondents said they were more likely to discuss relationships and health issues.Cathy Penrose, clinical lead in organ donation at Leeds Teaching Hospitals said: “These statistics show that Yorkshire residents still don’t see the importance in having a conversation about organ donation with their families - even though they are the ones who have the final say on the subject. “This is really disconcerting as there are 493 people currently on the transplant waiting list in Yorkshire, all of whom are in urgent need of a vital organ transplant.”