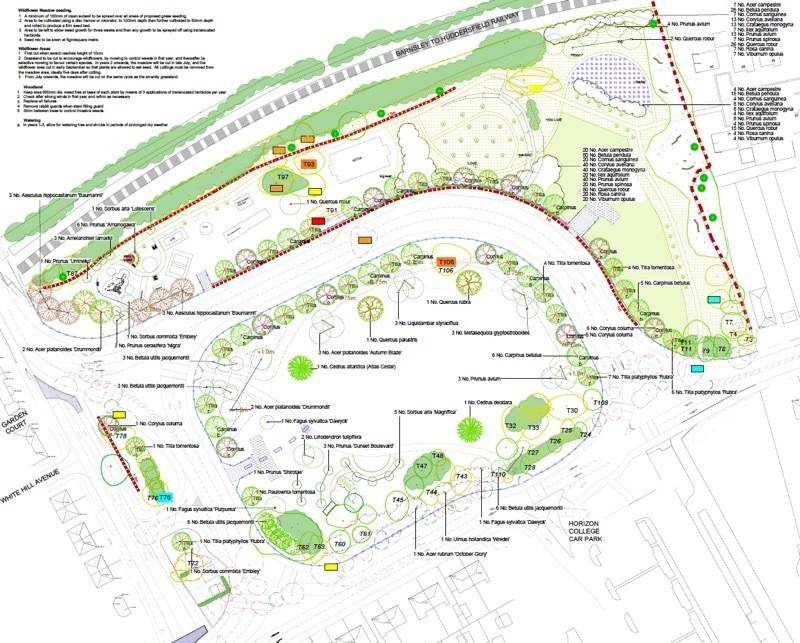 DETAILS of the future look of a popular park which has been closed off in order to create a new one-way road system have been revealed.A report suggests that Penny Pie Park - the green space at the centre of an ongoing row between campaigners and Barnsley Council - will become ‘a more intensely used community space’ upon the multi-lane road’s completion.The park, on Dodworth Road, was closed to the public last month, sparking angry scenes between campaigners who have battled the council’s plan in a bid to force a U-turn. Members of Save Penny Pie Park claim the park’s usage will reduce when the work - which is due to last up to 18 months - is completed due to it being encircled by the new gyratory.

The report said: “The design provides for year-round interest, colour and drama in key locations and is intended to create a gateway to Barnsley to raise visitors’ expectations.“The central area is also close to Horizon Community College and on the pedestrian route between the college and the bus drop-off point near the new junction with Pogmoor Road. “A path along this desire line, together with seating and an area for the ‘friends of’ group, will result in heavier use of the central area. The planting here of smaller ornamental trees is to provide year-round colour and interest, and flowers and fruits.”The repositioned play area will extend further east, into the existing wildlife area, according to the report but campaigners insist its levels of use will plummet.Coun Hannah Kitching said: “The council’s once again displayed that it doesn’t listen to its public and I’m really struggling to see the benefits of this scheme, which comes at great expense financially and means a park will be lost.“The re-positioned kids’ play area won’t be used and it will increase people’s exposure to air pollution.”