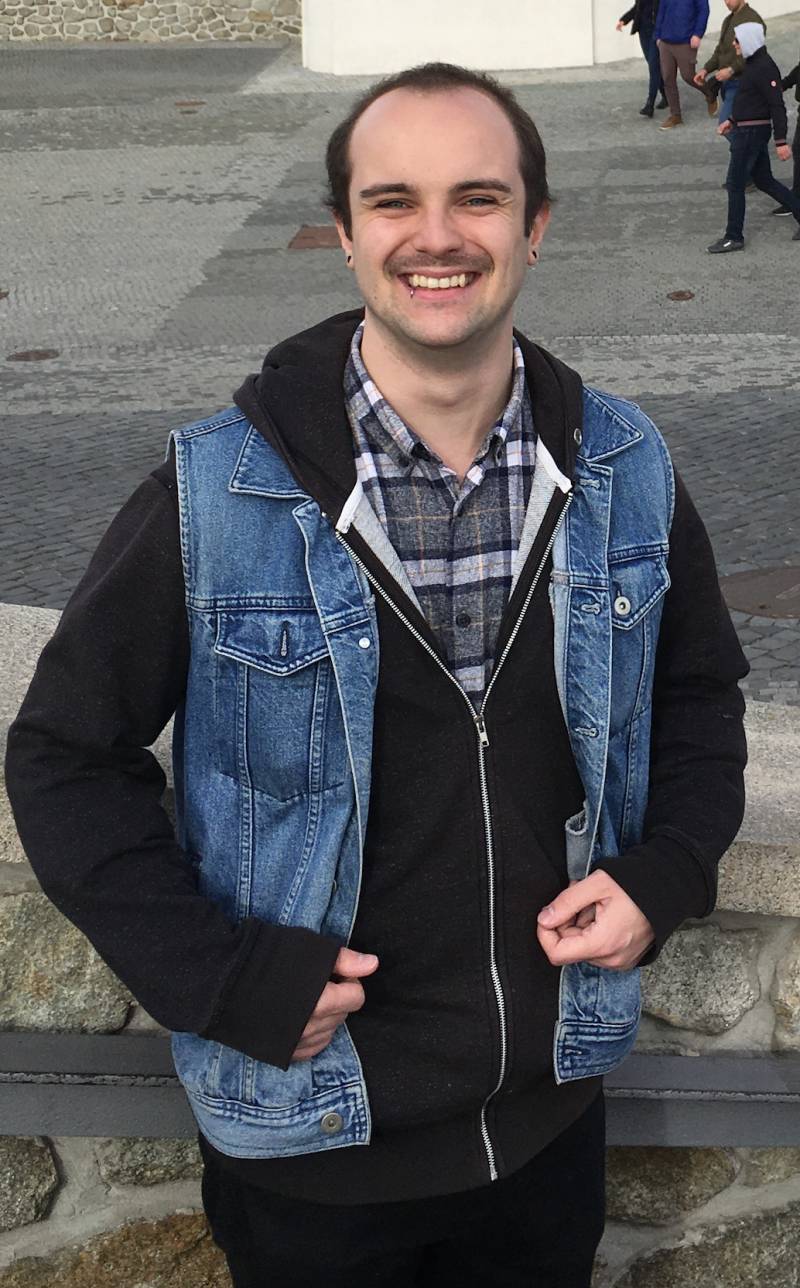 A FAMILY have been left devastated after a 24-year-old man collapsed and died in Slovakia where he had been working as a teacher.

Logan Porter, of Worsbrough Common, was found collapsed on Saturday at his home in Bratislava, where he taught history at an American academy.

Paramedics were called and tried for 30 minutes to resuscitate him, but nothing more could be done to save him.

Logan graduated from York St John University in 2017. He went on to study a masters in social history at Leeds Beckett University before obtaining a PGCE in secondary history at Sheffield Hallam University.

He moved to Bratislava in August and was planning to teach there for two years.

Logan’s sister, Camilla Porter, 29, told the Chronicle that he was the brains of the family and a passionate teacher.

“He knew so much about history and a lot of it went over my head when he tried to explain something to me,” she said.

“He would take the mick out of me for that. He also had a dry sense of humour but he was a fantastic brother and uncle to my son Addison Connelly, who is seven.

“He took his role as an uncle very seriously and those two were best friends. If we went to see my mum he’d be straight upstairs, knock on Logan’s bedroom door and they’d be playing and laughing on the Xbox and ordering Domino’s pizza. He definitely spoilt

Addison more than me. They idolised each other and were best friends.

“Logan had taught history in Barnsley but he wasn’t enjoying it because he felt he was putting more effort into behaviour management than teaching.

“The American Academy opened this year and it was like everything had fallen into place for him.

“He could not speak any more highly of the school, the principal and the students.

“He was happy and he fully immersed himself into the culture, began learning the language and took students to visit historical landmarks. He was in his element teaching a subject he loved.

“Before each lesson began he would always ask his students to air their grievances so they could focus on learning. Since his death we have had parents contact us speaking so highly of him and the academy can’t do enough for us. It’s been so humbling to hear so many positive things about him but it’s also bittersweet.”

Following his death, his mum Karina Porter and her partner Steven Marsh travelled to Bratislava yesterday, to arrange to bring his body back to Barnsley.

Camilla has set up a Go Fund Me page to help with the repatriation and funeral which can cost anything up to £10,000. So far, they have raised more than £6,000.

She said: “When I called the academy and they told me he had died I didn’t believe them at first. It was a very surreal thing to hear. He was fit and healthy and went to the gym so this has come as a complete shock. We are working hard to cover the costs and we are so overwhelmed and grateful to everyone who is helping us at this time.”

His girlfriend, Nardine Michaelis, 24, paid tribute to her boyfriend of three years. She said: “I met Logan when I was studying at the University of York and it was love at first sight.

“He had a really big heart and he helped me to be strong and be positive. Although it was hard to see him move to Slovakia for work, it was amazing to see how happy he was as he was so passionate about teaching history.

“He didn’t want to be away from me but the job made him happy and seeing him so happy made the distance worth it.

“He was my whole future and I will miss him dearly.”