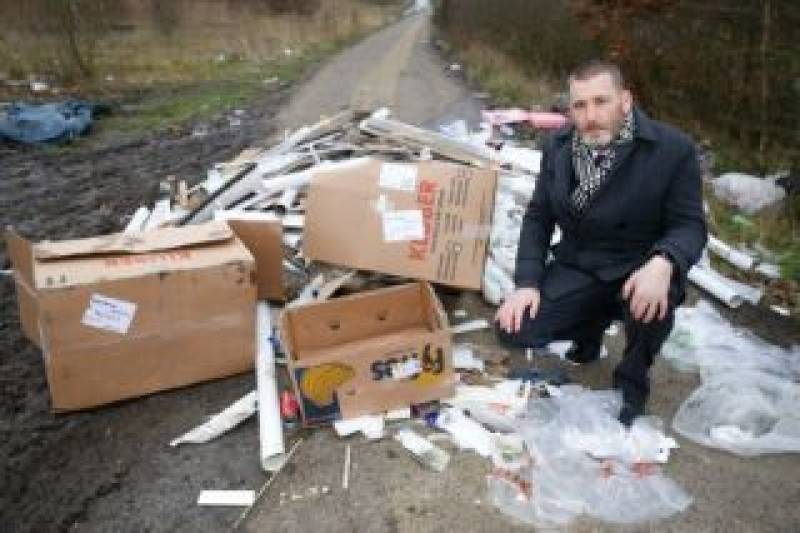 ‘TEETHING trouble’ with Barnsley Council’s new fly-tipping recording system has been blamed for incorrect information being sent to a national study.The mix-up - which affected the annual document produced by the Department for the Environment, Food and Rural Affairs (DEFRA) - saw the council state that there had been 2,791 recorded cases on its land between April 2018 and March 2019.That would have been a dramatic 25.5 per cent reduction, but service bosses have admitted that it isn’t a true reflection and instead revealed that cases have gone up by 2.8 per cent on the previous year’s figures to 3,482.

The cause was down to the new system - in which residents can pin a case on an online map - and staff changes, meaning some reports had not been moved over.Dale Sparks, head of commercial support services for the council, said the local authority had contacted DEFRA to explain the mistake.“We’ll be re-submitting the correct information,” Mr Sparks added. “Beforehand it was a case of people ringing up and us taking details of the incident, but the pin-on-the-map feature has come in so we expected an overall increase as it’s easy for residents to log what they’ve seen.“Some cases were missed and had not been picked up, so effectively they were still treated as live, but it was a flaw in the system and we’re putting in extra control mechanisms for next year before the data is submitted to DEFRA.“It was a case of teething trouble and this will be put right. We want to make fly-tipping socially unacceptable and we’re on the right track for that.“There’s been an increase of 2.8 per cent but nationally it’s much higher and we’re putting our rise down to it being much easier to report.”Seventeen fly-tippers’ vehicles were seized and crushed in the period but just seven prosecutions were achieved, although two more convictions occurred last week when 24-year-old James Upton was jailed for 22 weeks - the first time anyone’s been imprisoned in Barnsley for tipping-related offences - and his accomplice, 18-year-old Kieron Yates, was given a suspended prison term.Little Houghton Parish Council’s Kevin Osborne, who has campaigned for stiffer punishments for fly-tippers, said: “I said when DEFRA released the figures that it was a remarkable achievement for Barnsley Council, but only if the figures were accurate.“I’m pleased the council has taken the time to review and revise these figures. They didn’t seem quite right at first and the new data clearly shows fly-tipping continues to blight our borough. “Although I believe some things could be done differently, I support front-line council staff who are doing the very best they can to combat this environmental crime, especially as our council has had £100m of austerity cuts since 2010, the worst in the country.”Fly-tipping in Barnsley can be reported online at barnsley.gov.uk/everybodythink and information on known offenders can be shared confidentially by emailing safer@barnsley.gov.uk for the council’s enforcement team to investigate.