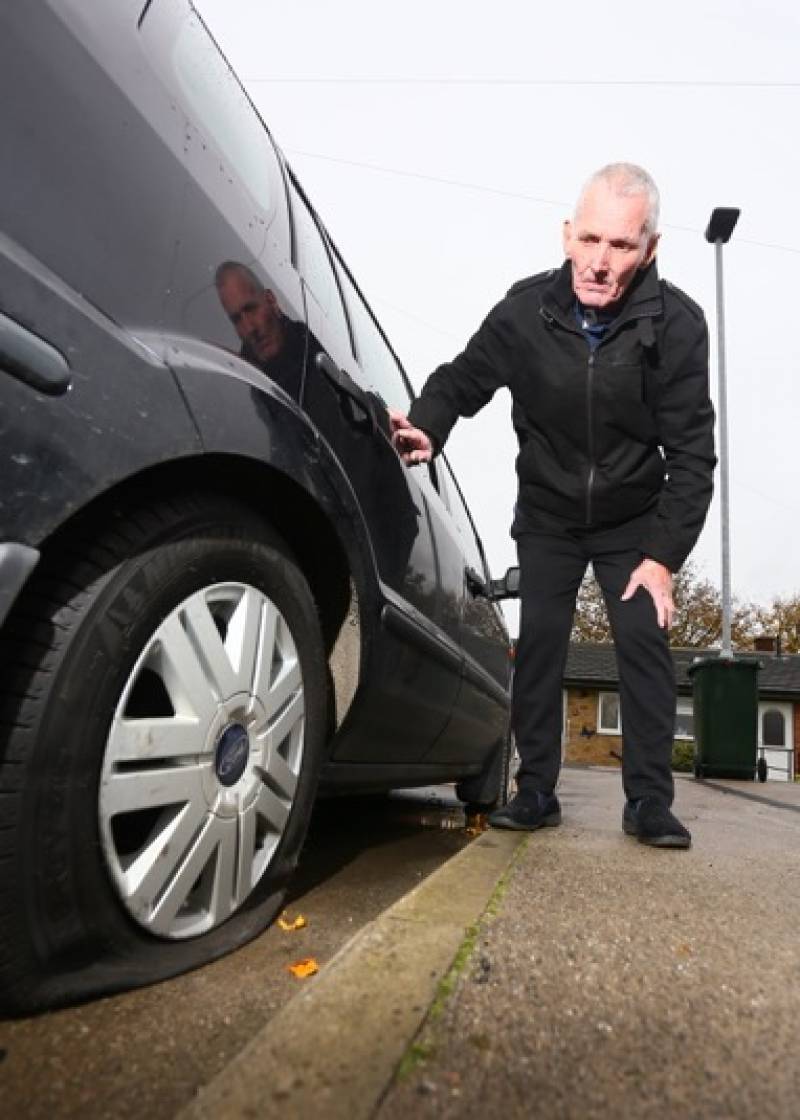 AN elderly man has had to choose between extra security measures in his home and having a means of transport after having his car tyres slashed three times in the last two weeks.

Alan Durber, 72, of Westhaven, Cudworth, had the tyres on his Ford Fusion slashed for the first time two weeks ago. He had them replaced, and a few days later he woke to find that the four he had just replaced had been slashed again. He had them replaced again last Wednesday, only to discover that by Thursday morning it had happened a third time.

“I can’t take it anymore. I depend on my car to get around. I’m a pensioner and I require help from a nurse because I have stoma bag. I’ve had to cancel hospital appointments because of this.”

Alan, who lives close to Birkwoood Primary School, has over the years ‘told-off’ parents who park on Westhaven during drop off and pick up times.

“I’m not sure if this has been done because I’ve chosen to stand my ground with inconsiderate parking on the street. The way people park can prevent me from leaving the street and it’s a problem that has been ongoing for years.

“More recently I’m starting to receive abuse if I tell people off for parking. I’ve also had trouble with youths and they’ve damaged ornaments outside my house. When I’ve contacted 101 it took me four hours to get through and report the issue.”

Following his most recent incident, Alan had to make a decision whether to replace his tyres or have CCTV installed outside his home.

He said: “I couldn’t afford to replace my tyres and have CCTV installed because each time this has happened I have to pay out my own pocket.

“I’m scared to have them replaced because I’m worried they will come back and do it again. I’m even scared to go to sleep because I don’t know how far these people will go.”

Anti-social behaviour on Westhaven has been highlighted as an issue by the police, who sent each resident a letter saying they would be increasing police and PSCO presence in that area.

“Everyone on my street received a letter from the police but I haven’t seen anyone on patrol. One night I had around eight or ten youths causing a nuisance outside my house and I went to confront them. All I received was abuse.

Cudworth PSCO Lee Holmes said: “We are aware of this situation and we have spoken with the gentleman in question. At this time the motive is unknown.

“The letters that we had posted to the residents on the street was to try and encourage people to report any crime or antisocial behaviour as we continue to monitor Cudworth as a whole.”