Bus changes have left us high and dry say residents 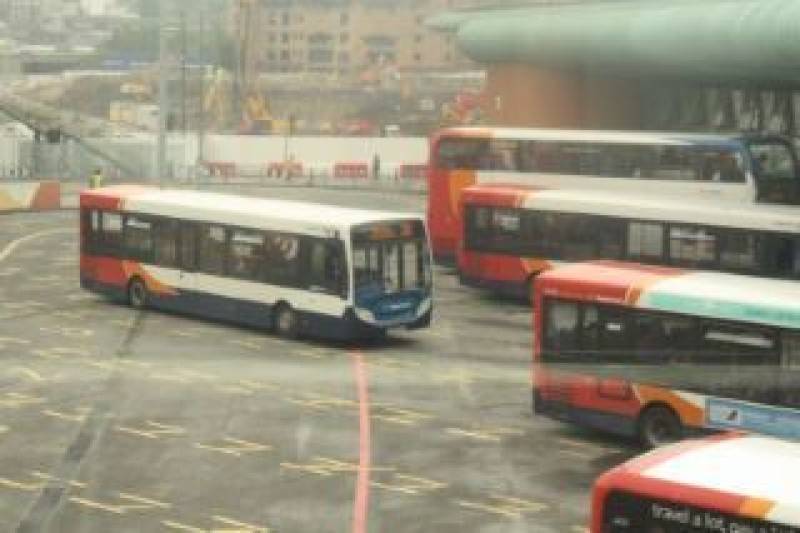 ELDERLY residents are facing a ‘25-minute walk’ from the nearest bus stop to their home following a bus service change which means half a village has no busses serving it.

Great Houghton residents were hit with service changes in August, following a public consultation. The 219 and 219a services were changed in a move Stagecoach said was to ‘improve punctuality’.

Coun Dorothy Higginbottom, along with members of the Great Houghton Reading Room, gathered to discuss the changes three months on and they believe the service is ‘inadequate’.

“The service is erratic and five journeys have been cut in the afternoon,” said Dorothy.

We feel as if we have been abandoned. There is one bus now that heads to Doncaster. You have to get two busses to Wombwell and three busses if you want to go to Cortonwood.

“The bus only services half the village, if you live at the top you have to walk around 25 minutes just get to the bus stop and you’re lucky if it turns up on time. If you’re returning with shopping in your hand, you’ve a long way to go.

“The service is isolating the elderly especially because they can’t get out and about. It’s also making things difficult for people in the village who have young families and need to use busses never mind disabled people.

“The X19 bus doesn’t stop in Great Houghton so you’d face a long walk if you get off at the stop at the top of Doncaster Road.

“The bus should be there to serve people and not for profit. The places that pay more should make for the people that don’t.”

During the Reading Room group meeting, residents suggested that the issue could be fixed if the 219 and 219a services were swapped, which would mean the whole village would be served and there would be opportunity for people to go into Doncaster.

John Young, commercial director at Stagecoach Yorkshire said: “A consultation was held during the summer proposing changes to buses 219 and 219a, encouraging customers and local people to provide feedback on the proposed changes.

“The services link a number of communities between Barnsley, Goldthorpe and Doncaster. 107 responses were received. Around 13,000 customers travel on the service every week.

“The changes to the 219/219a service came in from August 31 and were necessary in order to improve punctuality caused by worsening traffic congestion and to protect the long term future of the local bus network.

“Great Houghton is still served by two buses per hour during Monday to Saturday daytime. One covers the full extent of the village while the other turns at the Miners Welfare.

“Following the consultation, the proposals were amended so that all morning peak buses in both directions serve the full extent of Great Houghton to cater for commuters and to ensure access to education and training.

“We do have to address punctuality concerns and match supply and demand more closely, especially as less people are catching the bus due to lifestyle changes. All users of the service will benefit from improved punctuality and many people now have a more direct journey as a result of the changes.”