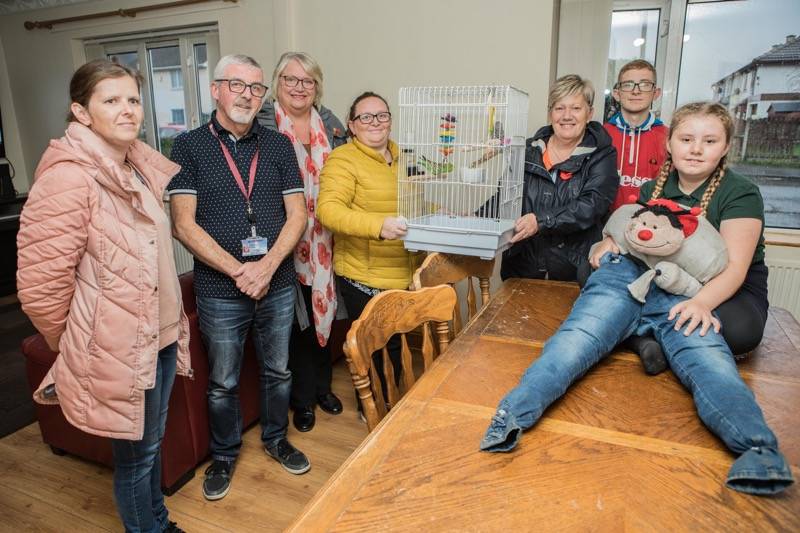 A NINE-YEAR-OLD girl raised nearly £800 for a local community group through ‘penny for the Guy’.

The group is made up of residents and friends from the area who aim to help to improve the community.

Bonni’s dad Paul Milewski said she wanted to raise funds for BODVAG after hearing about what they do.

“With the group being a local one we decided it would be great to fundraise for them and then the money would be going back into the community.

“It took off a lot more than we expected it to and everyone has donated.”

Bonni sat outside and inside her local Co-op in St Andrew’s Square for two and a half weeks to raise the funds.

“80 per cent of this will go back into the local community,” said Paul. “Bonni is such a great girl and she has loved doing it. She wants people to smile like she does and she was sat outside with the Guy Fawkes, which she still has at home.”

Members of BODVAG asked Bonni, who goes to Lacewood Primary School, what she wanted the money to go towards, with the nine-year-old saying she wanted it to go towards a Christmas party and Halloween party for the community.

They also gave Bonni two budgies as a thank you for her fund-raising.

Dearne South Coun Neil Danforth said Bonni is a ‘credit to the community’.

“She’s a great girl who has done something great for the community,” he said. “The group never expected her to raise so much money.”