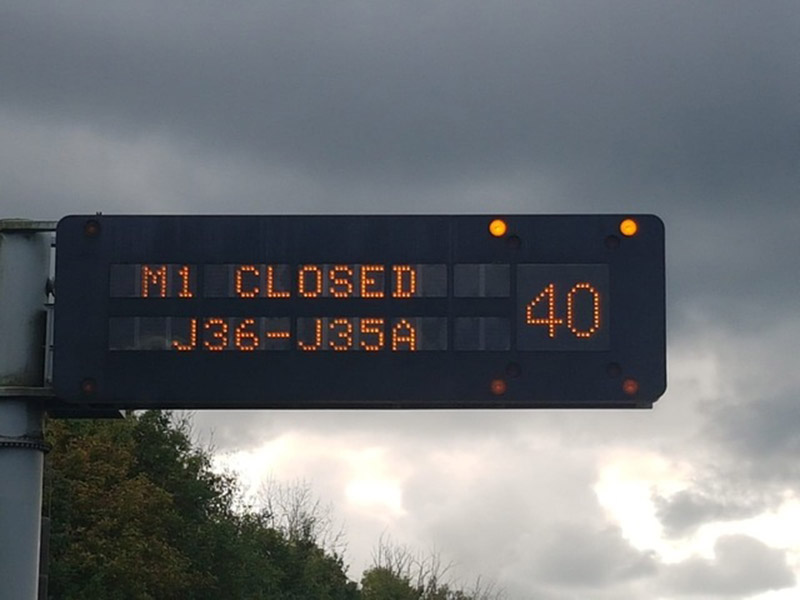 A pedestrian has died after being involved in a collision with a car on the motorway.

Emergency services were called to the third carriageway of the M1 between junction 35A and 36 northbound at 11.52pm last night following reports that a black Mercedes CLA had been involved in a collision with a pedestrian.

The pedestrian, a 25 year-old man was pronounced dead at the scene. His family are being supported by specially trained officers.

A police spokesman said: “Officers would like to speak to anyone who witnessed the collision or may have been in the area at the time.