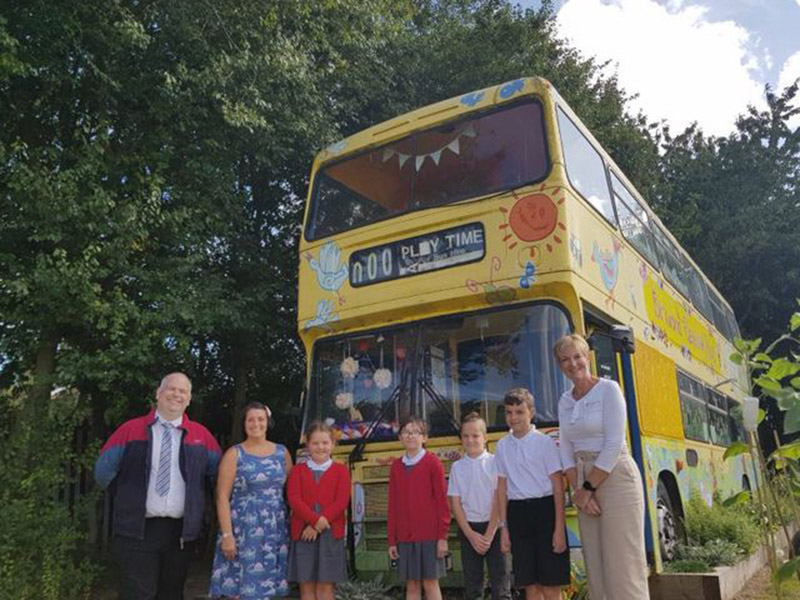 A SCHOOL library bus that had its windows smashed during the summer holidays has had the windows replaced for free - thanks to Stagecoach.

Pupils and staff from Birkwood Primary, Cudworth, on Darfield Road returned after the summer break to find that the library bus had had three windows smashed.

This left the school without a library, as its former library space was converted into a new classroom to cope with demand for school places.

Julie Allen, headteacher, said: “We were very disappointed when we returned to see that the bus had been damaged. We couldn’t allow pupils to enter the library bus because there was glass everywhere and the children had nowhere to read for the first two weeks of the school term.”

The school purchased the bus in 2016 and spent six months renovating the Leyland Olympian with the help of the community and a grant from the North East Area Council in addition to money raised from fundraising. The bus was officially unveiled in April the following year.

Julie said: “We didn’t have the budget to replace the windows and it was such a shame that the bus couldn’t be used. Space is at a premium at the school and classes use the bus for group reading exercises as well as swapping their books.

"It was a real shame it happened for the children, especially the reception classes who had not even been in the bus.”

Hannah Musgreave, who works at the school informed her husband Joel, who works for Stagecoach, and asked if they could help, as the decommissioned bus was a rare model. Joel raised the issue with the engineering department who then repaired the bus.

Stagecoach asked glass supplier Carlyle Bus and Coach limited for the glass and the company supplied it free of charge.

Matt Davies, managing director for Stagecoach, said: “We were delighted to help Birkwood Primary repair the damage to the school library before the kids go back to school.

"As soon as we heard about this we wanted to do whatever we could to help the school and the kids get their library repaired.

“We are delighted with how the repair work has gone and it’s great that the school have used one of our old buses and turned it into a popular library.”

Julie said: “It’s now business as usual and we can’t thank Stagecoach enough for what they have done. The children are really excited to be able to use their library again.”