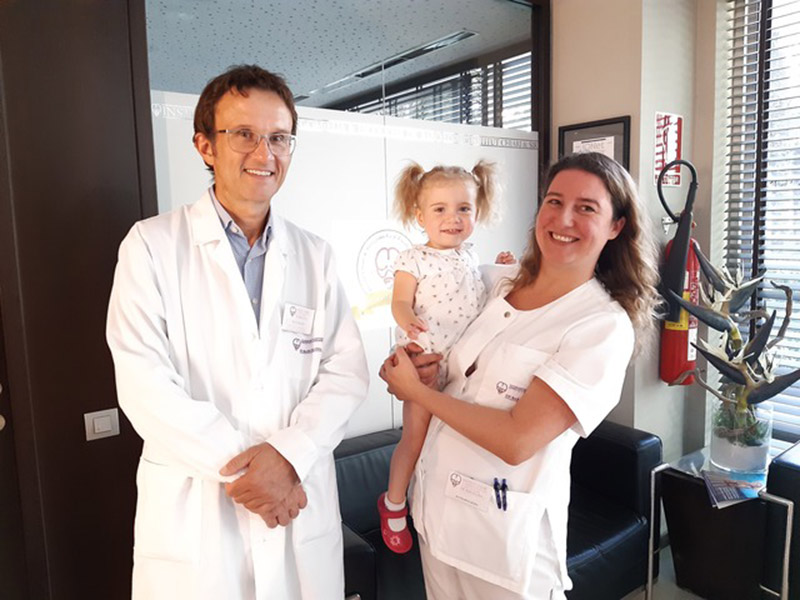 MODEL and social media star Maya Henry has donated money to a young girl who was in need of an urgent operation to enable her to walk.

The 19-year-old American, who is currently dating former One Direction star Liam Payne, heard the family of two-year-old Amelia Royers were raising money to go to Barcelona so the two-year-old can have the procedure.

Maya heard about Amelia’s health thanks to her granddad who is friends with the manager of Montgomery Hall, in Wath, where a fundraising event was held.

Amelia has syringomyelia, a rare disorder in which a fluid-filled cyst forms within the spinal cord. It can make it difficult to use your hands, causes problems walking and with bladder or bowel control.

She was diagnosed with the disorder when she was one and her parents, Nicole, 23, and husband Sander, 43, were told Amelia would require surgery to remove the cyst or she faces permanent damage to her spinal cord, potentially preventing her from ever being able to walk.

Following the diagnosis, the family found a hospital in Barcelona, Spain, which specialises in Syringomyelia but they had to raise £20,000 for the procedure to take place.

Over the last few months, the family have held bake sales, raffles, fundraising nights and set up a fundraising page with the charity Just4Children.

The family along with the help of the community had raised around £4,000 when Maya decided to donate the remainder of the funds, much to the relief of the family.

Nicole, of Westfield Crescent, Thurnscoe said: “I feel like I can finally breathe again. It’s strange to think that one person is willing to help so much especially when you don’t know them.”

Amelia had the procedure on August 22 and since then she has been thriving.

“The difference in Amelia is astounding,” said Nicole.

“The procedure was carried out by Dr Horia Calin Salca and took 40 minutes.

“The immediate improvements one hour after her operation was noticeable and it’s so nice to just see that she is no longer in pain.

“She can also let us know if she needs to go to the toilet which is fantastic because before that she had no control of her bladder and she was constipated. Over the last year we have had sleepless nights researching ways to help Amelia, raising funds and looking after her when she was suffering with her spasms.

“Simple things like travelling in the car or going to the park were stressful and we now feel like we can continue with our live without this burden hanging over us.

“I can not begin to thank each and every person who has donated, helped us fundraise and shared our story. Without you we would not have been able to get this far.

“As a family we feel as if we owe you our lives because you have enabled us to build a brighter one.”

The family will be holding one final fundraising event, A Stars In Our Eyes charity roadshow, on September 21 at the Thurnscoe Coronation WMC, to raise funds to cover the costs of Amelia’s follow up appointments in Barcelona which she will have over the next five years

.Nicole said: “Amelia still has a long way to go but I know she will get through it all. She has had her induction at nursery and we are really excited for her to begin and I’ll be returning to work. We can look forward now as a family and that is solely down to the generosity of the public.”

The Stars In Our Eyes roadshow will start at 8pm on September 21.