A smart idea to help families... 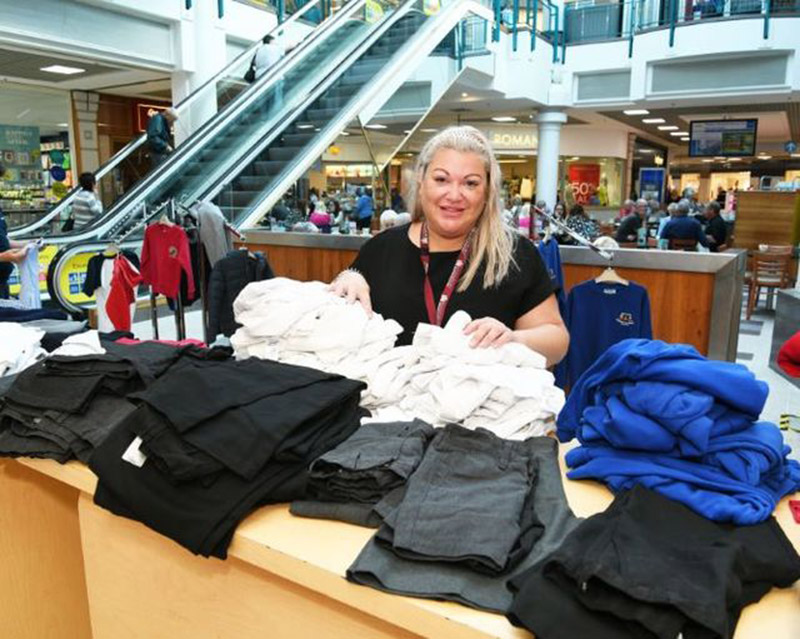 A POP-UP school shop for parents to swap old uniform continues to grow in scale – after starting in one woman’s garage.

When Shelly Lowe saw her kids were growing out of their school uniforms at an alarming rate, she was hit by the idea that other parents might also be sitting on bags of barely-worn uniform.

With two young sons, Shelly knows how expensive uniform can be and how much space the bags of almost immaculate clothing can take up in the house.

And so Shelly, who works for Barnsley Council’s Families Information Service, realised she and other parents in the same position could move on the clothing to people in need.

“I had a rant about it at work, because we get people phoning up asking how to get grants for uniform and it became obvious some people can’t afford it while other people are just throwing it away,” said Shelly, 41, of College Fields, Wilthorpe.

“I can’t believe the amount of people saying their uniform usually goes in the bin.

“I had a bit in the garage that was immaculate and just sat in bags, so I just wondered if anyone needed it.

“It’s pointless hanging onto it, and there’s lots of it.”

Shelly realised that the only service currently offered by the council catered specifically to refugee families, but there was nothing for children in Barnsley who may otherwise not be on the radar of the Families Information Service.

“Through work I’ve got those connections already, because we’re all part of the one team,” she said.

“And some schools have got on-board and have been going through their lost property to find things as well. Shelly has already organised a successful pop-up shop at the Alhambra Centre, and uniform collections will continue at the family centres.

Search ‘Shelly’s School Shop’ on Facebook for information on the next pop up event.