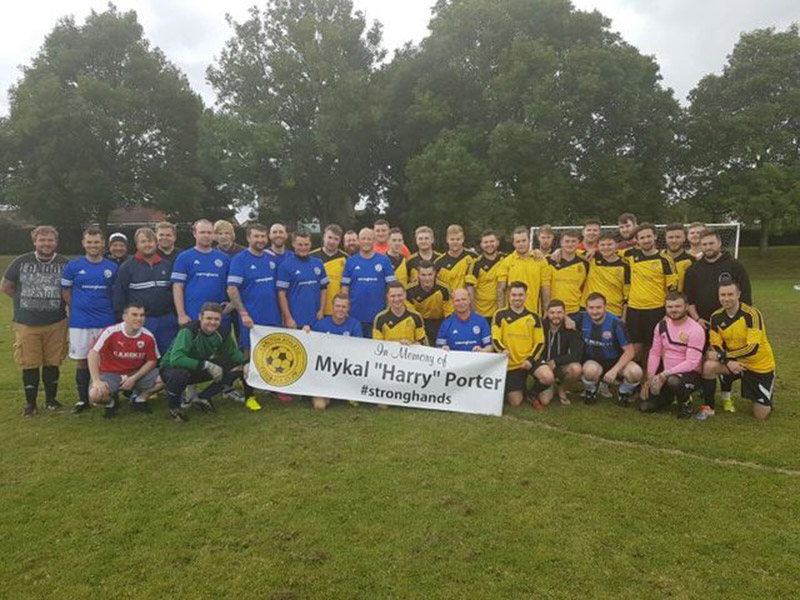 A CHARITY football match dedicated to the founder of a local football club will return for its fifth year.

The Mykal ‘Harry’ Porter Charity Game was started after the death of Carlton Athletic’s founder, Mykal Porter, who died while he was training with the team at the age of 22.

A CT scan at Rotherham Hospital had revealed a life-threatening blood clot on his chest six days earlier, but the results were not looked at by the doctor in charge of his case until four days later, and only then were there several failed attempts to get a message to him that he should be in hospital.

He died before ever getting the message and Sam Wogan, the event’s organiser, said: “Unfortunately five years ago, the actual founder of Carlton Athletic passed away suddenly at the age of 22.

“Not only have we carried on with the football club but we also have had a charity game every year since.”

Carlton take on the Athersley Reds with all the funds raised going to Bluebell Wood Children’s Hospice and TADS (Therapies for Anxiety, Depression and Stress).

Along with the football, there will be activities for the family and a raffle to help raise extra funds.

Sam added: “We’ve been trying to make it more family-oriented every single year so there will be a bouncy castle for any kids what want to come down.

“We’re also opening up the bar on the day in the hope of making it more of a community event.”

The match kicks off at 2pm tomorrow at Sheerien Park.