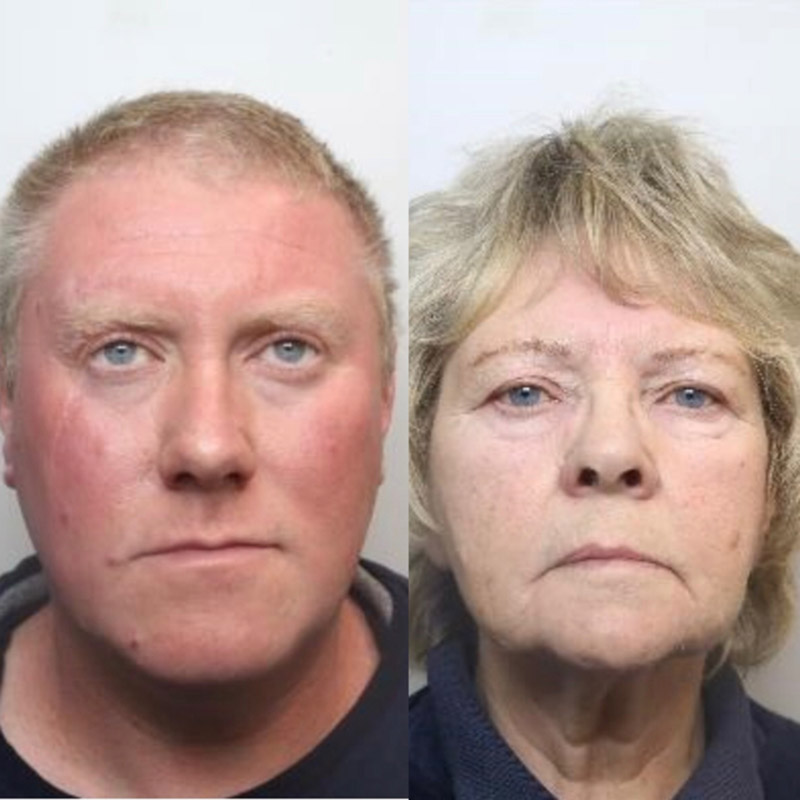 A MOTHER and son have been jailed following the murder of a 48-year-old man in a dispute over land.

Scott James Dawson, 41, formerly of Allotts Court, Barnsley, and Carol Dawson, 72, formerly of Stonewood Grove, Barnsley, were unanimously found guilty following a trail in to the death of Gary Dean.

This morning at Sheffield Crown Court, they were both handed life sentences with the killer Scott told he would serve at least 31 years and his mother 26 years.

The court heard how since December 2016, Gary had been in a long-running dispute with Scott Dawson, who owned the neighbouring land, and his mother Carol.

On the morning of his death on September 6 last year, Gary was last seen by his wife Caroline at around 6.50am as she left home to go to work.

He was found dead at 5.40pm that evening, in a wooded area behind Moorend Lane, Silkstone Common, close to his home address.

He had been badly beaten and a forensic post-mortem examination concluded he had died as a result of multiple injuries.

He had been shot with an air rifle and the pellet recovered from his spine. At the scene, two rocks and a large branch, all of which were stained with the victim’s blood, were recovered.

Gary’s family said in a statement: “As a family, we are left completely devastated at losing Gary, John and Denise’s son and only child in such a violent and horrendous way. We are all finding it very difficult to accept what has happened to him.

“Life without Gary in it is going to be very hard. We will miss those precious family times we enjoyed together. Life with Gary was full of colour, adventure and laughs.

"For us and Gary’s friends, it has been like a light going out, making the world a much darker place.”