'Business as usual' promise on branch 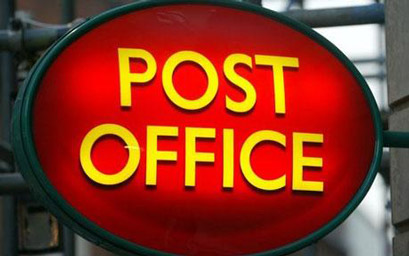 IMMINENT changes at Barnsley town centre’s Post Office which will see the venue being taken over by a franchisee will not lead to its closure, bosses have assured the public this week.

The shop, on Pitt Street, will be run by Bolton-based retail firm ZCO Ltd, which manages a number of other Post Office branches across the country, from October.

The move by the Post Office, which remains state-owned after splitting from the privatised Royal Mail in 2013, to hand over the running of branches to franchisees has been controversial.

In December, there were widespread protests across British high streets after more than 70 branches were announced to be franchised.

There are more than 11,500 Post Office branches across the country but that number – already half of what it was 30 years ago – could fall further over the next year.

Roger Gale, Post Office network and sales director, said: “We are making this change in order to maintain services in the centre of Barnsley.

“There are unprecedented changes on our high streets and the needs of our customers are evolving, too.

“Our priority is to provide secure and commercially sustainable services in Barnsley, continuing to meet our customers’ needs now and into the future.”

In April, a survey by the National Federation of SubPostmasters (NFSP) found that 22 per cent were planning to shut up shop, downsize or sell their business this year – with three out of four earning below the national minimum wage.

And the following month, the trade body warned that more than 2,500 Post Office branches nationally were set to close unless ministers intervened – despite almost £1bn of government investment since 2010.

Post Office has said the shop will retain its current location and operating hours and will offer the same range of services.

A spokesman from the NFSP added: “The changes at Barnsley town centre’s Post Office do not constitute a closure, loss or downsizing of the service.

"The same range of Post Office products will be available across the same opening hours as before, and in the same premises. This should present no issues for the local community.

“The franchise model is not a new thing within the network. Virtually all – 98 per cent – are privately owned and offer a good service to the public. “Private operators are typically able to run these businesses more efficiently and more profitably.

“Of course, subpostmasters also face challenges in operating their businesses – these are tough times on the high street. As a result of sustained work by the NFSP, Post Office Ltd recently launched a review of subpostmasters’ remuneration.

“The NFSP is heavily involved in this review and we are hopeful of achieving positive outcomes which will help ensure the long-term viability of Post Offices across the country.”