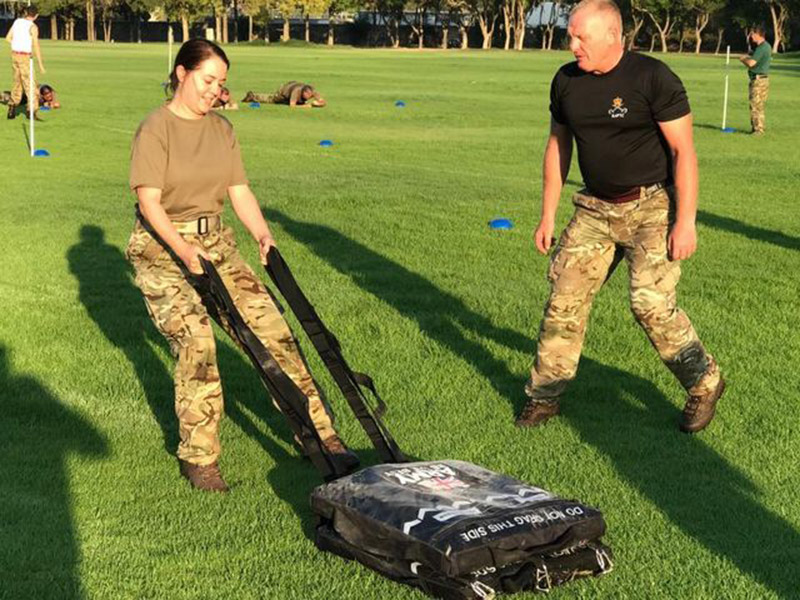 MP STEPHANIE Peacock has been put through her paces at a British Army training camp.

Following Parliament’s summer recess, the Barnsley East MP spent a few days working alongside the army at the British forces’ Cyprus base as part of her membership in the Armed Forces Parliament Scheme.

The MP took part in several weapons training exercises and met with UN delegations to gain a greater understanding of the UK’s role as part of international security efforts.

Aside from the physical rigours of the visit, she also met Darfield’s Corporal Robert Lee, serving as an engineer with the RAF.

She said: “The visit was a fantastic opportunity to see first-hand how our forces operate abroad and how they maintain the high standards they are known for around the world.

“It was a real bonus to meet my constituent, Robert, who grew up on the same street that I live on in Darfield. Our whole community can be proud of him and others that dedicate their lives to keeping us safe.

“I’ll continue my support for our incredible forces in the future.”